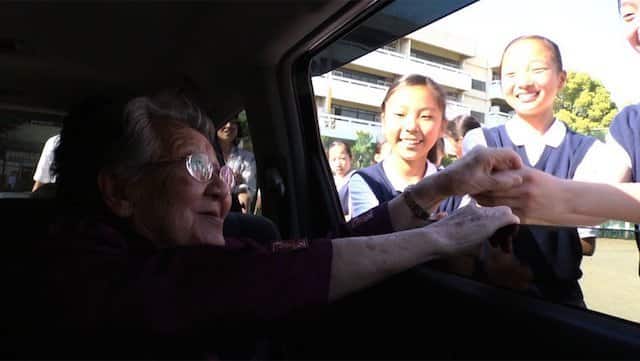 On the report of Mrs the referendum adviser MENOTTI, the observations of Me CARBONNIER, lawyer in the Court and the conclusions of Mrs the Advocate General COMMARET;

against the judgment of the court of appeal of LIMOGES, correctional chamber, dated June 9, 2004, which, for apologia for a war crime, sentenced him to 2 years of imprisonment including 18 months suspended, ordered a confiscation measure and pronounced on civil interests;

Considering the personal brief in demand and the defense produced;

On the third ground of appeal, alleging violation of Article 10 of the European Convention on Human Rights;

Whereas the apology for the crimes specified in article 24, paragraph 5, of the law on the press requires that the incriminated remarks constitute a justification of the said crimes; that it is up to the Court of Cassation to exercise its control on the point of knowing if the subject pursued presents the character of an apology entering into the forecasts of this text;

Whereas it results from the contested judgment and from the procedural documents that Vincent X … has put on sale a videogram entitled “The tragedy of Oradour-sur-Glane – 50 years of official lies”, tending to demonstrate that , on June 10, 1944, the women and children gathered in the church of Oradour were not burned alive by the Waffen SS, but were killed by the explosion of an ammunition depot that the resistance had formed in the attic of the church;

Whereas, in order to recognize the content of the disputed videogram as an apologetic character, the judgment states that the latter suggests that the author is attempting to rehabilitate the acts of the German national socialist regime and accuses the survivors of falsifying history;

But whereas by deducing from the fallacious presentation of the facts by the accused, the existence of a justification for this war crime, such as to encourage the spectator to pass, on these facts, a favorable judgment, the court of appeal falsely appreciated the meaning and the scope of the content of the videogram which can be analyzed as a contestation of a war crime not susceptible of criminal qualification;

From where it follows that the cassation is incurred on this sole count;

that not implying that it is again ruled on the merits, it will take place without referral, as permitted by article L. 131-5 of the Code of judicial organization;

For these reasons, and without there being any need to examine the other means proposed;

BROKEN and CANCELED, in all its provisions, the above-mentioned judgment of the Limoges Court of Appeal, dated June 9, 2004;

DECLARES INADMISSIBLE the request presented by the LICRA, the Friends of the Foundation for the Memory of the Deportation and Marcel Y …, under article 618-1 of the Code of criminal procedure;

ORDERS the printing of this judgment, its transcription on the registers of the registry of the Court of Appeal of Limoges and its mention in the margin or following the annulled judgment;