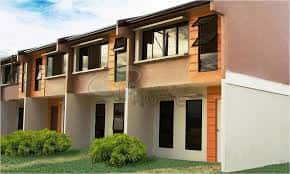 FRENCH REPUBLIC
IN THE NAME OF THE FRENCH PEOPLE
Gives act to the spouses X … of the withdrawal of their appeal in that it is directed against the free trade union association of the subdivision Le Clos des pins;

Whereas, according to the judgment under appeal (Montpellier, September 25, 2001), in 1978, the Le Clos des pins subdivision was set up as well as a free trade union association (ASL) with the corporate purpose of acquiring, managing and maintenance of common land and equipment as well as their subsequent transfer to the municipality;

that, by authentic act of January 7, 1992, the ASL ceded free of charge to husband X …, colotis, a plot, common part of the subdivision;

that, contesting this transfer of ownership due, on the one hand, to the lack of power of the representative of the ASL who signed the deed of transfer, on the other hand, that, taking into account its statutes as well as the clauses of the specifications of the subdivision, the ASL could not cede this plot to a private person, the spouses Y …, colotis, assigned the spouses X … as well as the professional civil society Z … A. .., notary having established the act of transfer, so that the non-existence of this act is noted and that the transferred parcel is returned to the ASL, as well as in payment of damages; that because of appeal, the spouses Y … assigned the ASL in forced intervention;

Whereas the spouses X … and the SCP Z … A … object to the judgment of noting the non-existence of the act of free transfer by the ASL to the spouses X … of the plot constituting a common part of the subdivision and canceling its effects, condemning them to return this parcel to the ASL in the state in which it was prior to their taking possession, then, according to the means:

2 / that in addition, eighteen of the nineteen co-owners making up the union association had expressly authorized the disputed transfer on March 26, 1985, which justified the modification, in this sense, of the specifications, in application of the article L. 315-3 of the Town Planning Code and article 8 of the statutes of the trade union association;

that affirming that the contract binding the colotis had not been modified, the Court of Appeal violated Articles L. 315-3 of the Town Planning Code and 1134 of the Civil Code;

Whereas, on the other hand, the judgment retains exactly that the certificate drawn up by Mr X … on March 26, 1985 and signed by the colotis does not constitute authorization to modify the specifications as provided for by the provisions of article L. 315-3 of the Town planning code;

The second plea in the main appeal and the second and third pleas in the cross-appeal, joined together, annexed below:

Whereas the Court of Appeal characterized the existence of the damage suffered by the spouses Y …, in relation to cause and effect with the faults committed by Mr X … and the SCP Z … A … by retaining that these faults had had as a direct consequence to harm the relations of neighborhood within the subdivision and to cause an attitude of reserve of the town hall with regard to colotis;

DISMISSES the main and cross-appeals;

Condemns the spouses X … and the SCP Z … A … at the expense of appeals;

Considering article 700 of the new Code of civil procedure, rejects the request of the spouses X …; condemns the spouses X … and the SCP Z … A …, together, to pay the spouses Y … the sum of 1900 euros;

Condemns the spouses X … to a civil fine of 2000 euros towards the Public Treasury;

Thus done and judged by the Court of Cassation, Third Civil Chamber, and pronounced by the President in his public hearing on February 4, two thousand and four.