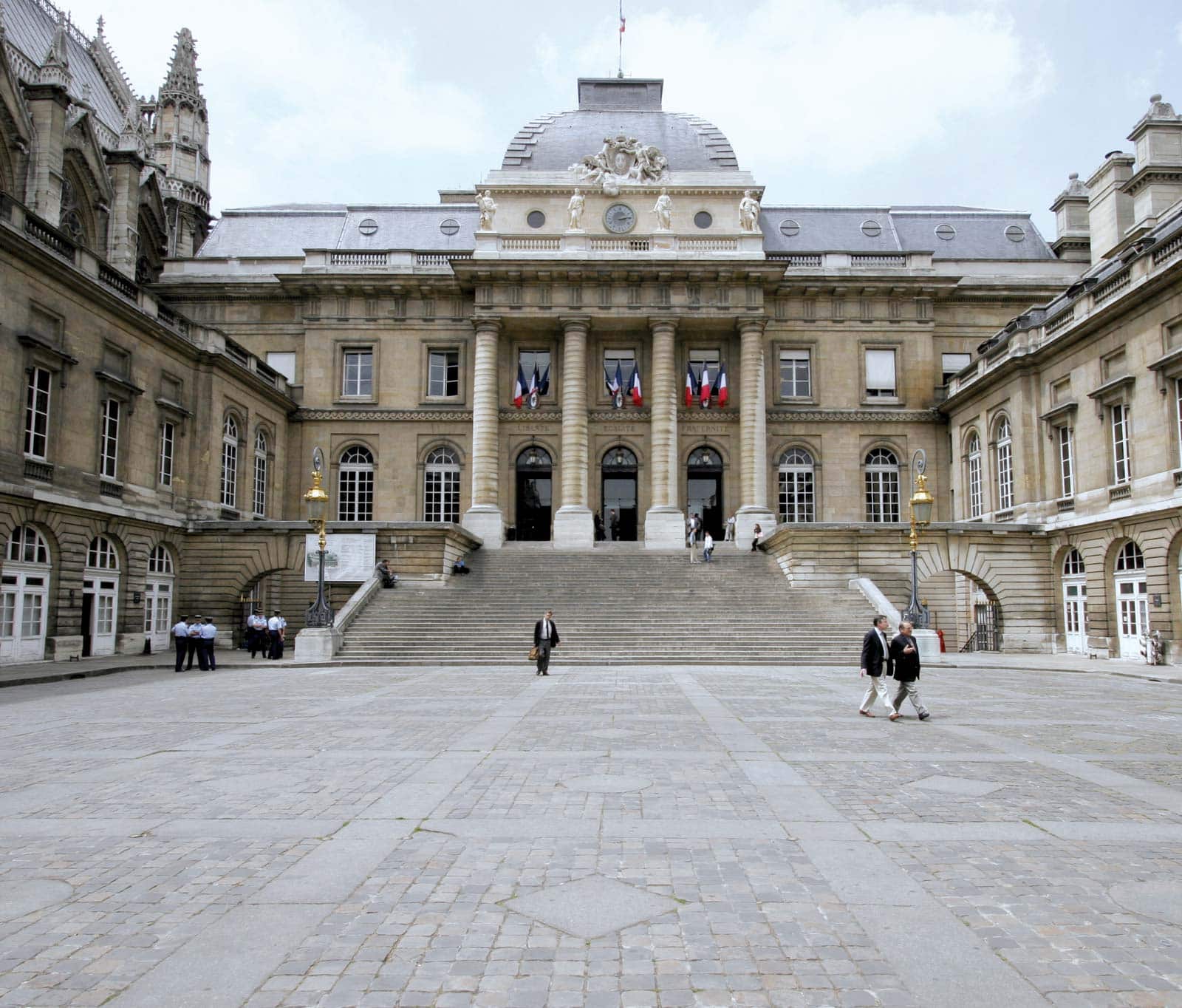 Considering articles 1743 of the Civil Code and 684 of the Code of Civil Procedure;

Whereas if the lessor sells the rented thing, the purchaser cannot evict the farmer, the partiary settler or the tenant who has an authentic lease or whose date is certain; that leases which have not acquired a certain date before the order may be canceled, and those subsequent to the order must be canceled if in either case the creditors or the purchaser so request;

Whereas, according to the judgment under appeal (Versailles, 12 December 2001), issued on referral after cassation (Civ. 3, 29 September 1999, B n ° 188), the company Bataille Scalbert Investissement, declared successful by a court decision of 21 September 1995, of housing belonging to the company Express secretariat, assigned in eviction the tenant, Mrs. X …;

Whereas to cancel the lease, the judgment retains that it is not disputed that the lease does not have a certain date, that it was the subject of a statement in the adjudication procedure with production of this document and that, if it must be deemed known to the company Bataille Scalbert Investissement, the knowledge that the successful tenderer has of a lease with the specifications does not affect the application of article 684 of the Code of procedure old civil;

That by ruling thus, while it had noted that the company Scalbert Investissement had been aware of the lease before the adjudication, the Court of Appeal, which did not draw the legal consequences of its own findings, violated the above-mentioned texts;

BREAK AND CANCELED, in all its provisions, the judgment rendered on December 12, 2001, between the parties, by the Versailles Court of Appeal; returns, consequently, the cause and the parts in the state where they were before the aforementioned judgment and, to be done right, returns them before the court of appeal of Orleans;

Condemns the company Bataille Scalbert investment at the expense;

Considering article 700 of the new Code of civil procedure, condemns the company Bataille Scalbert investment to pay Mrs. X … the sum of 1900 euros;

Considering article 700 of the new Code of Civil Procedure, rejects the request of the Bataille Scalbert investment company;

Thus done and judged by the Court of Cassation, Third Civil Chamber, and pronounced by the President in his public hearing on February 11, two thousand and four.