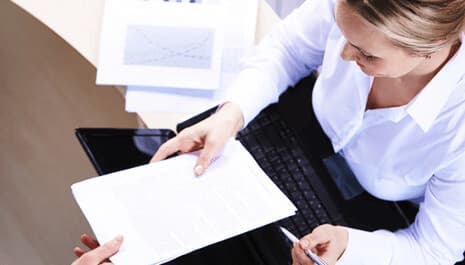 REQUALIFICATION IN CDI OF INTERIM CONTRACTS ON IRREGULAR MISSION

Whereas Mr X … and seventeen other employees were made available to the company Sovab by various companies of temporary work to carry out various missions between the years 1991 and 2001; that, considering that they had been made available to the company Sovab in order to permanently fill jobs linked to the normal and permanent activity of the company, the employees seized the labor tribunal to obtain the requalification of these temporary employment contracts in employment contracts of indefinite duration, as well as the payment of various sums as compensation for requalification;

Whereas the Sovab company criticizes the contested judgments (Nancy, February 19, 2003), of having accepted the requests for requalification and consequently of having ordered it to pay various sums for this requalification, then, according to the means :

1 ° / that the judgment which, contrary to the judgment, considers illegal the use of temporary workers to provide for the normal activity of the company (construction of commercial vehicles), violates Article  L. 124-2-1 , 2 ° of the Labor Code from which it follows precisely that temporary workers can be used in the event of an increase in the activity of the company;

2 ° / that by stating in principle that recourse to temporary work would be limited to cases of occasional extra work, the contested judgment violates together Article  L. 124-2 which provides for the prohibition of temporary work only if it is a question of permanently filling a job linked to the normal activity of the company and article  L. 124-2-2 from which it follows that this type of contract is lawful for a period of up to eighteen months;

3 ° / that the company Sovab having argued that the sustainable increase in the activity of the company during the period considered had actually been taken into account by the recruitment of a large number of employees under the contract regime of indefinite duration and that the use of employees under the regime of the fixed-term employment contract tended only to absorb temporary increases in activity, disregard the managerial power of the head of the company in violation of Articles  L. 121 -1 , L. 124-2  and following of the Labor Code the judgment which replaces the employer to set an alleged normal proportion between the increase in the number of temporary employees and that of the number of employees under indefinite contract, the company manager remaining alone responsible for determining the means necessary to respond to a temporary increase in activity;

4 ° / that by deciding that the uncertainty as to the evolution of the market could not constitute a legal ground for recourse to the interim, the judgment under appeal rules by way of abstract and general provision instead of analyzing the needs specific to the production of the Sovab company at the time when the defendant in the appeal was placed at its disposal by the interim company; that ruling in this way, the Court of Appeal violated Article 4 of the Civil Code and Article 4 of the new Code of Civil Procedure;

5 ° / that by affirming that the creation of a large number of permanent jobs would not constitute a legal ground for parallel recourse to precarious employment, the Court of Appeal again violates Articles 4 and 5 of the new Code of Civil Procedure, the Sovab company never having made such a claim;

But given that under the first paragraph of Article L. 124-2 of the Labor Code, the temporary employment contract can neither have the object nor the effect of permanently filling a job linked to normal and permanent activity. of the user company; that according to the second paragraph of this text, a user can only call on temporary workers for the execution of a precise and temporary task called “mission”, and only in the cases listed in article  L. 124- 2-1, and in particular in the event of a temporary increase in activity; that it follows that, in the latter case, the use of temporary workers can only be authorized for the needs of one or more tasks resulting from the only temporary increase in the activity of the company, in particular in the event of cyclical variations in production, without it being necessary for this increase to be exceptional, nor for the employee recruited to be assigned to the actual performance of these tasks;

And given that the Court of Appeal found, both for own reasons and adopted, that on the one hand, the Sovab company benefited from a constant increase in its production, and on the other hand, that the various mission contracts temporary employees were part of this lasting and constant increase in its activity; that it decided exactly, apart from the superabundant reason based on the accidental nature of the increase in the workload, that these temporary employment contracts, which had the effect of permanently filling jobs linked to normal and permanent activity of the company, had to be reclassified as permanent employment contracts  ;

From which it follows that the means, which is not founded in any of its branches, cannot be accepted;

Whereas the employees criticize the judgments for having decided that the requalification of the contract should take place from the starting point of the first mission carried out with the user, then, according to the means:

1 ° / that by virtue of article 124-7 of the Labor Code, the employee who considers that the user has recourse to his services in violation of the legal provisions can assert with him the rights relating to a open-ended contract taking effect on the first day of his assignment; that, therefore, by tracing the effects of the requalification to the first day of the first mission previously carried out by the defendant on appeal, regardless of the posts he may have held in the meantime with other users, the court of appeal adds to the above-mentioned text, in violation of it, a provision which it does not contain;

2 ° / that by virtue of the contract binding it to the interim company, the defendant in the appeal is at the disposal of this one and accomplishes missions with other user companies; so that the judgment under appeal which finds that for many months the temporary worker was not used by the company SOVAB and which, however, fictitiously traces his seniority back to the first day of the first assignment in this company, together violates Articles L. 121-1 of the Labor Code and 1134 of the Civil Code;

But expected that it follows from article 124-7 of the Labor Code that when a user has recourse to an employee of a temporary employment company in clear violation of the provisions of articles  L. 124-2 to L. 124-2-4, this employee can assert with the user the rights relating to a contract of indefinite duration taking effect on the first day of his first irregular mission;

And whereas the Court of Appeal, which pointed out that the effects of the requalification dated back to the first day of the first irregular mission carried out by the employee with the user company, legally justified its decision.