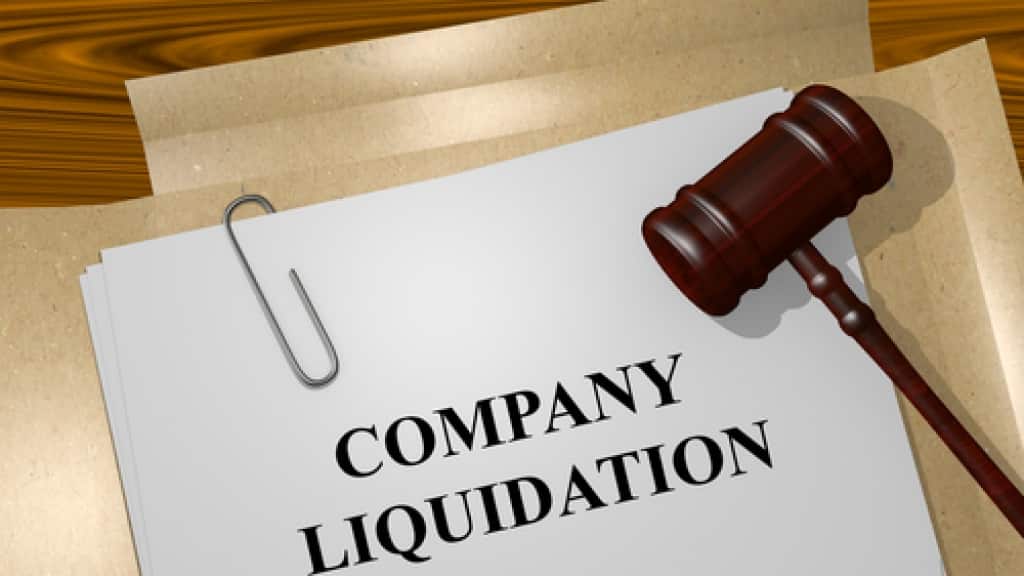 Art. L. 237-1. – Subject to the provisions of this chapter, the liquidation of companies is governed by the provisions contained in the articles of association.

Art. L. 237-2. – The company is in liquidation from the moment of its dissolution for any reason whatsoever except in the case provided for in the third paragraph of article 1844-5 of the civil code. Its corporate name is followed by the words “company in liquidation”.
The legal personality of the company remains for the needs of the liquidation, until the closing of the latter.
The dissolution of a company does not produce its effects with regard to third parties until the date on which it is published in the trade and companies register.

Art. L. 237-3. – The act of appointment of the liquidator is published by the latter, under the conditions and deadlines set by decree of the Council of State, which also determines the documents to be filed in the appendix to the trade and companies register.

Art. L. 237-4. – Persons to whom the exercise of the functions of chief executive officer, director, company manager, members of the management board or supervisory board is prohibited or who are deprived of the right to exercise these functions cannot be appointed liquidators.

Art. L. 237-5. – The dissolution of the company does not automatically entail the termination of the leases of buildings used for its social activity, including residential premises dependent on these buildings.
If, in the event of transfer of the lease, the obligation of guarantee can no longer be ensured in the terms thereof, it can be substituted, by court decision, any guarantee offered by the transferee or a third party, and considered sufficient.

Art. L. 237-6. – Unless unanimous consent of the partners, the transfer of all or part of the assets of the company in liquidation to a person having had in this company the quality of partner in name, general partner, manager, administrator, director general, member of the supervisory board, member of the management board, auditor or controller, can only take place with the authorization of the commercial court, the liquidator and, if there is one, the statutory auditor. accounts or the controller duly heard.

Art. L. 237-7. – The transfer of all or part of the assets of the company in liquidation to the liquidator or to his employees or to their spouses, ascendants or descendants is prohibited.

Art. L. 237-8. – The global transfer of the assets of the company or the contribution of the assets to another company, in particular by way of merger, is authorized:
1o In general partnerships, unanimously by the partners;
2o In simple limited partnerships, by unanimity of the general partners and by a majority in number and in capital of the limited partners;
3o In limited liability companies, by the majority required for the modification of the articles of association;
4o In joint-stock companies, under the quorum and majority conditions provided for at extraordinary meetings and, in addition, in partnerships limited by shares, with the unanimous agreement of the general partners.

Art. L. 237-10. – If the closing meeting provided for in Article L. 237-9 cannot deliberate or if it refuses to approve the accounts of the liquidator, it is ruled, by court decision, at the request of the latter or of all interested.

Art. L. 237-11. – The notice of closure of the liquidation is published in accordance with the terms set by decree of the Council of State.

Art. L. 237-12. – The liquidator is responsible, with regard to both the company and third parties, for the harmful consequences of faults committed by him in the exercise of his functions.
Liability action against liquidators is prescribed under the conditions provided for in Article L. 225-254.

Art. L. 237-13. – All actions against partners who are not liquidators or their surviving spouses, heirs or successors in title, are prescribed by five years from the publication of the dissolution of the company in the trade and companies register.
Section 2
Provisions applicable by court decision

Art. L. 237-14. – I. – In the absence of statutory clauses or express agreement between the parties, the liquidation of the dissolved company is carried out in accordance with the provisions of this section, without prejudice to the application of the first section of this chapter.
II. – In addition, it can be ordered by court decision that this liquidation will be carried out under the same conditions at the request:
1o From the majority of partners, in general partnerships;
2o Partners representing at least one tenth of the capital, in limited partnerships, limited liability companies and joint stock companies;
3o Social creditors.
III. – In this case, the provisions of the articles of association contrary to those of this chapter are deemed unwritten.

Art. L. 237-15. – The powers of the board of directors, the management board or the managers end with the date of the court decision taken in application of article L. 237-14 or of the dissolution of the company if it is subsequent.

Art. L. 237-16. – The dissolution of the company does not terminate the functions of the supervisory board and the auditors.

Art. L. 237-17. – In the absence of auditors, and even in companies which are not required to appoint one, one or more auditors may be appointed by the partners under the conditions provided for in I of article L. 237-27 . Failing this, they may be appointed, by court decision, at the request of the liquidator or any interested party.
The act of appointing controllers sets their powers, obligations and remuneration as well as the duration of their functions. They incur the same responsibility as the statutory auditors.

Art. L. 237-19. – If the partners have not been able to appoint a liquidator, the latter is appointed by court decision at the request of any interested party, under the conditions determined by decree in the Council of State.

Art. L. 237-20. – If the dissolution of the company is pronounced by court decision, this decision appoints one or more liquidators.

Art. L. 237-22. – The liquidator is dismissed and replaced according to the forms provided for his appointment.

Art. L. 237-23. – Within six months of his appointment, the liquidator convenes the shareholders’ meeting to which he reports on the active and passive situation of the company, on the continuation of liquidation operations and the time required to complete them. The period within which the liquidator makes his report may be extended to twelve months at his request by court decision.
Failing this, the meeting is convened either by the supervisory body, if there is one, or by a representative appointed, by court decision, at the request of any interested party.
If the meeting of the assembly is impossible or if no decision could be taken, the liquidator requests in court the necessary authorizations to lead to the liquidation.

Art. L. 237-24. – The liquidator represents the company. He is vested with the broadest powers to realize the asset, even amicably. The restrictions to these powers, resulting from the articles of association or the act of appointment, are not enforceable against third parties.
He is empowered to pay creditors and distribute the available balance.
He can only continue current affairs or initiate new ones for the purposes of liquidation if he has been authorized to do so, either by the partners or by court decision if he has been appointed by the same means.

Art. L. 237-25. – The liquidator, within three months of the end of each financial year, draws up the annual accounts in view of the inventory he has drawn up of the various elements of the assets and liabilities existing on that date and a written report in which it reports on liquidation operations during the past financial year.
Unless dispensed with by court order, the liquidator convenes in accordance with the terms provided for by the articles of association, at least once a year and within six months of the end of the financial year, the shareholders’ meeting which decides on the annual accounts, gives the necessary authorizations and possibly renews the mandate of the controllers, auditors or members of the supervisory board.
If the meeting is not convened, the report provided for in the first paragraph above is filed with the clerk of the commercial court and communicated to any interested party.

Art. L. 237-26. – During the liquidation period, the partners can take notice of the corporate documents, under the same conditions as before.

Art. L. 237-27. – I. – The decisions provided for in the second paragraph of Article L. 237-25 are taken:
1o By a majority of the shareholders, in general partnerships, in limited partnerships and with limited liability;
2 ° Under the quorum and majority conditions for ordinary meetings, in joint-stock companies;
3o Unless otherwise provided, unanimously by the partners, in simplified joint stock companies.
II. – If the required majority cannot be obtained, it is decided, by court decision, at the request of the liquidator or any interested party.
III. – When the deliberation entails modification of the articles of association, it is taken under the conditions prescribed for this purpose, for each form of company.
IV. – The liquidating partners can take part in the vote.

Art. L. 237-28. – In the event that the company continues to operate, the liquidator is required to convene the shareholders’ meeting, under the conditions provided for in article L. 237-25. Failing this, any interested party may request the convocation, either by the auditors, the supervisory board or the control body, or by an agent appointed by court decision.

Art. L. 237-29. – Unless there is a clause to the contrary in the articles of association, the sharing of shareholders’ equity remaining after reimbursement of the nominal value of the shares or of the company shares is carried out between the partners in the same proportions as their participation in the share capital.