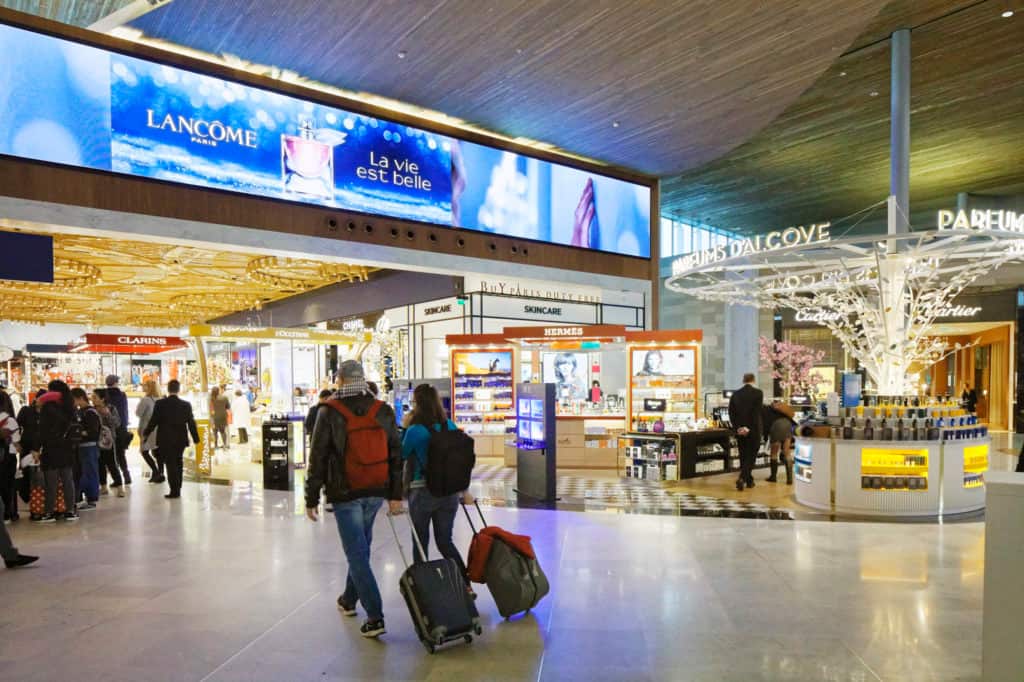 In all drinking establishments, a display of non-alcoholic drinks on sale in the establishment is compulsory.
The display must contain at least ten bottles or receptacles and present, insofar as the outlet is stocked, at least one sample of each category of the following drinks: (
a) Fruit juice, vegetable juice;
b) Carbonated fruit juice drinks;
c) Sodas;
d) Lemonades;
e) Syrups;
f) Ordinary water carbonated, artificially or not;
g) Carbonated or non-carbonated mineral waters.
This display, separate from that of other beverages, must be prominently displayed in places where consumers are served.

Propaganda or advertising, direct or indirect, in favor of alcoholic beverages, the manufacture and sale of which are not prohibited, are authorized exclusively:
1 ° In the written press, excluding publications intended for young people, defined in the first paragraph of article 1 of law n ° 49-956 of July 16, 1949 on publications intended for young people;
2 ° By means of sound broadcasting for the categories of radio stations and in the time slots determined by decree of the Council of State;
3 ° In the form of posters and signs; in the form of posters and objects inside specialized sales outlets,
4 ° In the form of sending by producers, manufacturers, importers, traders, dealers or warehouse keepers, of messages, commercial circulars, catalogs and brochures, provided that these documents contain only the particulars provided for in Article L. 3323-4 and the conditions of sale of the products they offer;
5 ° By registration on vehicles used for normal drink delivery operations, since this registration only includes the description of the products as well as the name and address of the manufacturer, agents or custodians, to the exclusion of any other indication;
6 ° In favor of traditional festivals and fairs devoted to local alcoholic beverages and within them, under conditions defined by decree;
7 ° In favor of museums, universities, brotherhoods or wine initiation courses of a traditional nature as well as in favor of presentations and tastings, under conditions defined by decree;
8 ° In the form of an offer, free of charge or against payment, of objects strictly reserved for the consumption of drinks containing alcohol, marked with their names, by the producers and manufacturers of these drinks, on the occasion of the direct sale of their products to consumers and distributors or to
Any sponsorship operation is prohibited when its object or effect is propaganda or advertising, direct or indirect, in favor of alcoholic beverages.

(Law n ° 2005-157 of February 23, 2005 art. 21 Official Journal of February 24, 2005)
Authorized advertising for alcoholic beverages is limited to the indication of the alcohol content by volume, the origin, the name, the composition of the product, the name and address of the manufacturer, the agents and the depositaries. as well as the method of production, the terms of sale and the method of consumption of the product.
This advertising may include references relating to the areas of production, the distinctions obtained, the designations of origin as defined in Article L. 115-1 of the Consumer Code or the geographical indications as defined in the conventions and treaties. international standards regularly ratified. It may also include objective references relating to the color and the olfactory and taste characteristics of the product.
The packaging can only be reproduced if it complies with the preceding provisions.
Any advertising in favor of alcoholic beverages, with the exception of commercial circulars intended for persons acting in a professional capacity or being the subject of nominative mailings as well as posters, prices, menus or objects inside the points of sale at specialized character, must be accompanied by a health message specifying that alcohol abuse is dangerous for health.

It is forbidden to give, distribute or send to minors leaflets, blotters, notebook covers or any other object naming an alcoholic drink, or praising the merits or bearing the brand or the name of the manufacturer of such a drink.

(Law n ° 2003-709 of August 1, 2003 art. 23 Official Journal of August 2, 2003)
The initiator (s) of a sponsorship operation may make their participation known exclusively through written notices in the documents disseminated on the occasion of this operation or on media placed as commemorative documents on the occasion of operations of ‘enrichment or restoration of the natural or cultural heritage.
Share This Post: facebook twitter linkedin google pinterest