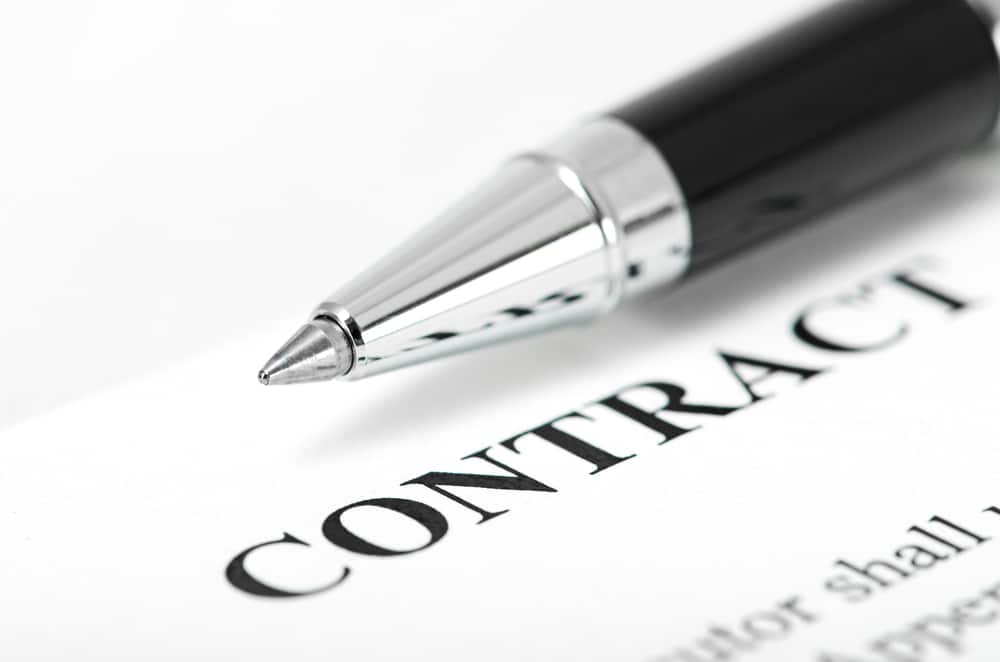 The principle of the binding force of contracts

The contract is perfect when the parties have, reciprocally and in a concordant manner, expressed their will. This manifestation can be express or implied.

The named contracts are those whose definition and regime have been specified by law (see article 1107 C.civ.). These are for example the contracts governed by the Civil Code in articles 1582s and in particular

Other contracts have been defined and their regime fixed by case law such as the concession.

Given the autonomy of the will, the parties to a contract may agree to commitments which do not correspond to any of the named or existing qualifications.

The law of sale is governed by the provisions of the Civil Code on the sales contract is the common law of contracts.

Network computing is a place of choice for the indivisibility of contracts,

In order to analyze the problems and solutions concerning consumer protection with regard to the conclusion of contracts in the information society, it is necessary to situate technological developments in relation to contractual patterns.

Unlike the classical theory of contracts, marked by the relative effect of contracts, contract law as it evolves under the influence of case law tends to recognize in certain situations the interdependence of contracts.

Acceptance of clauses / formation of the contract, Formalism and signature, written

The problem of the conclusion of a contract, to reason pragmatically, is not in fact that of the existence of the relationship with the consumer, if only because, in the case of distance contracts, the period of reflection or repentance, in many legislations and according to community law, makes it possible to return,  a posteriori , to the existence of the contract (the essential problem being that the consumer will probably have already paid).

The question is in fact the possibility for the company, against the consumer, to invoke the clauses of its general conditions, on the basis of the existence of a contract.

In the current modalities of the electronic contract, the possibility of a contractual formalism is non-existent. Indeed, the mechanisms of formation of the electronic commerce contract are constituted by the ”  click  ” or the ”  double click”. From the consumer on an icon on the screen. In the case of electronic transactions, consent is exchanged with a machine, which makes the formalism of consent provided for by consumer law inapplicable to these hypotheses, and which is based on the existence of a written document (this is particularly evident in the case of consumer credit contracts which are the subject of Directive No. 87/102 / EEC on the approximation of the laws, regulations and administrative provisions of the Member States in the field of consumer credit).

It is therefore appropriate to question the fiction according to which there is consent in contracts between professionals and consumers. Is it possible to maintain it, when with electronic commerce, we reach the extreme point of the evolution initiated by membership contracts, mass contracts and counter contracts, as to the fictitiousness of the consent given by the consumer to the contracts he subscribes to. In contracts that can be called counters, with printed conditions, there is at least a theoretical possibility of adjusting the general conditions. This is also why certain rights, such as Italian law, require the signing of onerous clauses, which it is assumed that they could be deleted. Special conditions are often provided with options.

This question presupposes the legal certainty of electronic commerce, in a context where we have moved from paper to computer support. In this context, the electronic signature, capable of giving value to the computer document, takes on all its importance.

Indeed, the requirement of writing responds in fact to the idea of ​​guaranteeing the reliability and fidelity of the contract to what has been the subject of the consent of the parties. The written word fulfills these conditions.

The absence of written support refers to the question of proof of the consent given. There is the double question of consent itself and the content of that consent.

Berlioz & Co will analyze the balance which should be achieved, so as not to hinder, by the requirement of a written document, the development of virtual commerce, while maintaining a high level of consumer protection, in particular with regard to the rule. placing the burden of proof of consent and its content on the trader (see for example article 5-2. of the proposal for a directive on the distance marketing of financial services to consumers). Community legislation must both ensure legal recognition of the validity of contracts concluded over open networks and establish a system of proof protecting consumers.

National laws provide for application thresholds beyond which recourse to writing is compulsory. These provisions are based on a definition of the written word and the terms of the formalism (initials, etc.) to be respected, under penalty of the non-validity of the commitment. These provisions are based on a possible distinction between traders and non-traders, which may determine the scope of the obligation to use writing above certain thresholds.

In national legal systems, this written requirement is generally linked to the requirements of the law of evidence. In fact, in certain cases, in the absence of writing, the trader is unable to prove against the consumer.

Between traders, the absence of writing may not lead to the impossibility of proof. EDI offers the advantage of secure links through intranet networks. Electronic data exchanges have developed between traders (see the TEDIS system for example) and are based on proof-based conventions, which are fully admissible in this context. These possibilities of secure links form one of the differences with extranet electronic commerce.

However, whether they are carried out on an extranet or an intranet, electronic transactions presuppose that the constraints linked to the reliability and archiving of the recording medium are resolved. However, the media used in practice are not immune to alteration, offer little protection against erasure, and are characterized by the inexistence of reliable copies. All in all, for all these reasons, admitting an electronic document as evidence is much more risky than admitting a written document.

The protection of the consumer who contracts on the Internet passes by the guarantee according to which he can avail himself of the elements and information, which were announced to him and by virtue of which he made his decision. This implies the integration of advertisements and announcements among the elements opposable to professionals. In the context of electronic commerce, this principle poses the particular problem of identifying advertisements and promotional offers. Indeed, on business sites, in terms of presentation, advertising can easily be confused with simple information. This is why a clarification on this subject seems essential and is the subject of the provisions of the proposal for a directive on certain legal aspects of electronic commerce (OJEC n ° C 30/4 of 5.2.1999).

In addition, the electronic commerce contract, like that of traditional commerce, includes obligations “discovered” in the contract by the legislator (cf. for example, Directive n ° 92/59 / EEC on general product safety JOCE L 228/24 of 11.08.1992) and / or case law. It is :

– the obligation to advise: there is indeed a broad duty of information for the professional, and all the more so as the consumer has less knowledge of the product or service acquired. In distance commerce, and more particularly electronic commerce, consumer knowledge is further reduced. Under these conditions, it seems that, correlatively, the obligation of the supplier is all the more onerous;

the safety obligation: “discovered” by the contract judge on the occasion of passenger transport contracts, this obligation has been extended to other areas, and means that the professional is not only bound, towards the consumer, of what is stipulated, but also must make a commitment that the consumer’s safety will not be jeopardized by the good or the service he provides.

The further diminished nature of the control exercised by the consumer over the content and the conclusion of the electronic contract, encourages the placing of even worsened burdens and responsibilities on the professional.