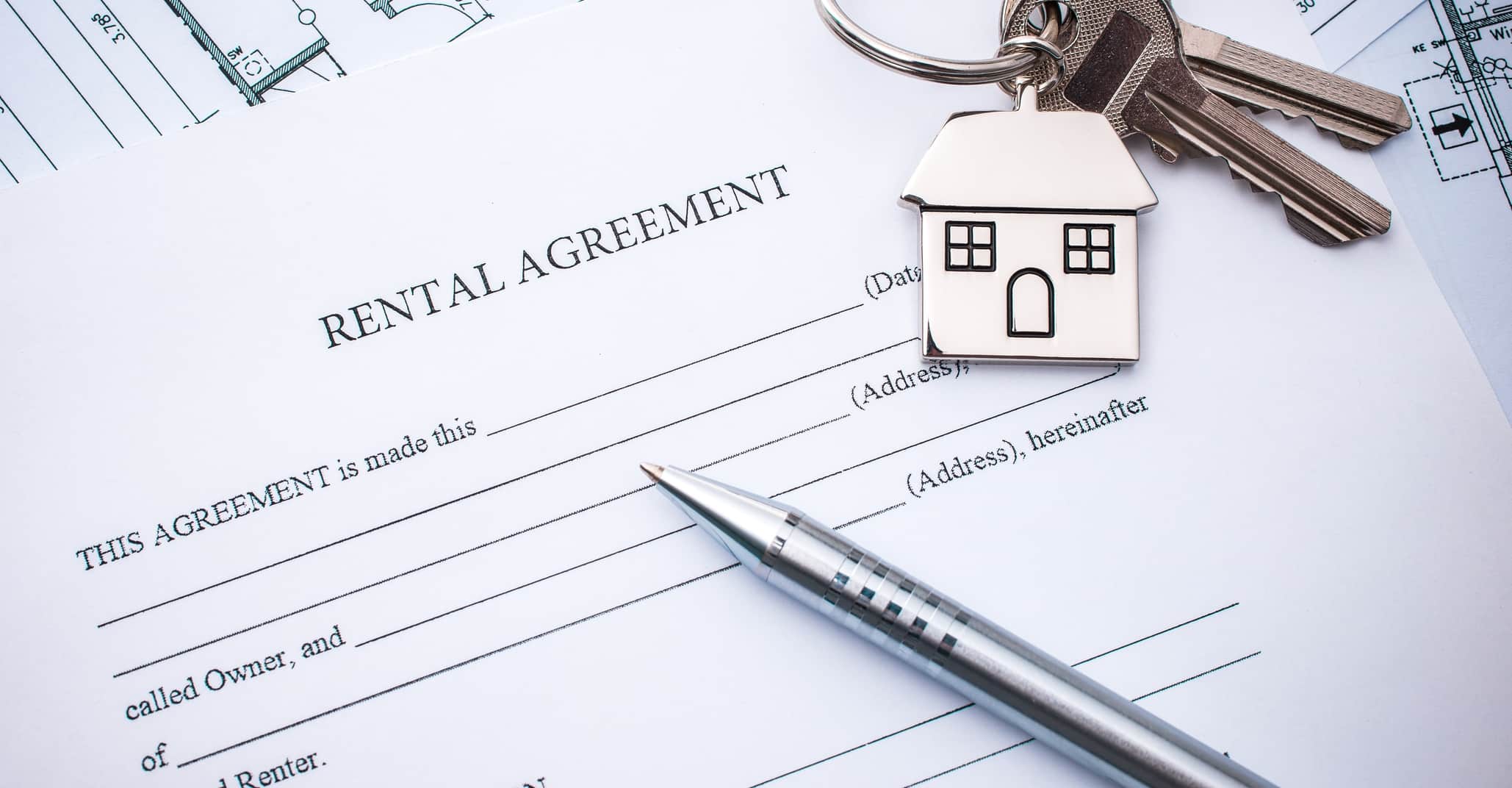 Duration of The Laws Rental Agreement

Chapter II: The duration of the rental contract.

The rental contract is concluded for a period of at least three years for natural person lessors as well as for lessors defined in article 13 and six years for legal person lessors .If the lessor does not give notice in the form and timeframe provided for in article 15, the rental contract which has come to an end is either tacitly renewed or renewed.

When a specific event justifies the natural person lessor having to take over the premises for professional or family reasons, the parties may enter into a contract for a period of less than three years but of at least one year. The contract must mention the reasons and the event invoked.Notwithstanding the time limit conditions provided for in article 15, the lessor confirms, at least two months before the end of the contract, the completion of the event.

Within the same period, the lessor can propose the postponement of the term of the contract if the realization of the event is postponed. He can only use this faculty once.

When the event has occurred and is confirmed, the tenant is automatically deprived of any title to occupy the premises at the end of the contract.

When the event has not occurred or is not confirmed, the rental contract is deemed to be for three years.

If the contract provided for in this article follows a rental contract concluded with the same tenant for the same premises, the amount of the new rent may not be greater than that of the old one possibly revised in accordance with the second paragraph of d of the article 17.

When a sale leave in accordance with the provisions of article 15 is issued by a lessor falling within the rental sectors defined in the fourth and fifth paragraphs of article 41 ter of the aforementioned law n ° 86-1290 of 23 December 1986, in the In the context of a sale by lots of more than ten dwellings in the same building, the lease may be expressly renewed for a period shorter than that provided for in article 10. When this sale leave occurs less than two years before the end of the lease, the lease is renewed by right, at the request of the tenant, in order to allow him, in all cases, to dispose of the accommodation he occupies for a period of two years from the notification of the leave for sale.

The renewal of the lease is established in writing between the parties at the latest four months before the expiry of the current lease. At the end of the period fixed by the parties for the renewed lease, it is automatically terminated.

The tenant may terminate the rental contract at any time, under the conditions of form and time provided for in the second subparagraph of paragraph I of article 15.

The provisions of article 11 and article 15 may be invoked:a) When the lessor is a civil partnership formed exclusively between relatives and allies up to and including the fourth degree, by the company for the benefit of one of the partners;

In case of abandonment of the domicile by the tenant, the rental contract continues:

– for the benefit of the spouse without prejudice to article 1751 of the civil code;

– for the benefit of the descendants who had lived with him for at least one year on the date of the abandonment of the domicile;

– for the benefit of the partner linked to the tenant by a civil solidarity pact;

– for the benefit of the ascendants, the notorious partner or dependents, who had lived with him for at least one year on the date of abandonment of the domicile.

When the tenant dies, the rental contract is transferred:

– to the surviving spouse who cannot avail himself of the provisions of article 1751 of the civil code;

– descendants who had lived with him for at least one year on the date of death;

– to the partner linked to the tenant by a civil solidarity pact;

– to ascendants, known partner or dependents, who had lived with him for at least one year on the date of death.

In the event of multiple requests, the judge decides on the basis of the interests involved.

In the absence of persons fulfilling the conditions provided for in this article, the rental contract is automatically terminated by the death of the tenant or by the latter abandoning his home.

I. – When the lessor gives leave to his tenant, this leave must be justified either by his decision to take back or sell the accommodation, or by a legitimate and serious reason, in particular the non-performance by the tenant of one of the obligations incumbent upon him. Under penalty of nullity, the leave given by the lessor must indicate the alleged reason and, in the event of takeover, the name and address of the beneficiary of the takeover who can only be the lessor, his spouse, the partner to whom he is bound by a civil solidarity pact registered on the date of the leave, his or her known partner for at least one year on the date of the leave, his ascendants, his descendants or those of his spouse, his partner or his known partner.

The notice period applicable to the notice is three months when it comes from the tenant and six months when it comes from the lessor. However, in the event of obtaining a first job, transfer, loss of job or new job following a loss of employment, the tenant can give notice to the lessor with a period of notice of one month. The period is also reduced to one month in favor of tenants over the age of sixty whose state of health justifies a change of domicile as well as beneficiaries of the minimum integration income. The leave must be notified by registered letter with acknowledgment of receipt or served by a bailiff’s deed. This period starts from the day of receipt of the registered letter or of the service of the deed.

At the end of the notice period, the tenant is deprived of any title to occupy the rented premises.

II. – When it is based on the decision to sell the accommodation, the notice must, on pain of nullity, indicate the price and the conditions of the proposed sale. The leave is equivalent to an offer to sell for the benefit of the tenant: the offer is valid for the first two months of the notice period. The provisions of article 46 of law n ° 65-557 of July 10, 1965 establishing the status of co-ownership of built buildings are not applicable to leave based on the decision to sell the accommodation.

At the end of the notice period, the tenant who has not accepted the offer of sale is automatically forfeited of any title of occupation on the premises.

The tenant who accepts the offer has, from the date of sending his response to the lessor, a period of two months for the completion of the deed of sale. If, in its response, it notifies its intention to resort to a loan, acceptance by the tenant of the offer to sell is subject to obtaining the loan and the time limit for carrying out the sale is extended to four months. The rental contract is extended until the expiry of the deadline for completing the sale. If, at the end of this period, the sale has not been carried out, the acceptance of the offer of sale is automatically null and the tenant is automatically deprived of any title of occupation.

In the event that the owner decides to sell on terms or at a more advantageous price for the purchaser, the notary must, when the lessor has not previously done so, notify the lessee of these conditions and prices, on pain of nullity of the sale. This notification is made to the address indicated for this purpose by the tenant to the lessor; if the tenant has not made this address known to the lessor, the notification is made to the address of the premises for which the rental had been granted. It is equivalent to an offer of sale for the benefit of the tenant. This offer is valid for a period of one month from receipt. The offer which has not been accepted within the period of one month is null and void.

The tenant who accepts the offer thus notified has, from the date of sending his response to the lessor or the notary, a period of two months for the completion of the deed of sale. If, in its response, it notifies its intention to resort to a loan, acceptance by the tenant of the offer to sell is subject to obtaining the loan and the time limit for carrying out the sale is extended to four months. If, at the end of this period, the sale has not been carried out, acceptance of the offer to sell is automatically null and void.

The terms of the five preceding paragraphs are reproduced under penalty of nullity in each notification.

These provisions are not applicable to acts between relatives up to and including the fourth degree, on condition that the purchaser occupies the accommodation for a period which may not be less than two years from the expiration of the notice period, nor to acts relating to the buildings mentioned in the second paragraph of Article L. 111-6-1 of the Construction and Housing Code.

In the case of vacation for sale provided for in article 11-1, the offer to sell for the benefit of the tenant is dissociated from the vacation. In addition, failure to comply with one of the obligations relating to leave for sale of an agreement concluded in application of article 41 ter of law n ° 86-1290 of 23 December 1986 tending to promote rental investment , access to the ownership of social housing and the development of the land supply, and made compulsory by decree, gives rise to the cancellation of the leave.

The leave for sale issued to the tenant in violation of the commitment to extend current lease contracts, mentioned in the first paragraph of A of I of article 10-1 of law n ° 75-1351, is automatically null and void. of December 31, 1975 relating to the protection of occupants of premises used for housing.

III. – The lessor may not oppose the renewal of the contract by giving notice under the conditions defined in paragraph I above with regard to any tenant over the age of seventy and whose annual resources are less than once and a half the annual amount of the minimum growth wage, without a housing corresponding to its needs and possibilities being offered to it within the geographical limits provided for in Article 13 bis of Law No. 48-1360 of September 1, 1948 above.

However, the provisions of the preceding paragraph are not applicable when the lessor is a natural person over sixty years of age or if his annual resources are less than one and a half times the annual amount of the minimum growth wage.