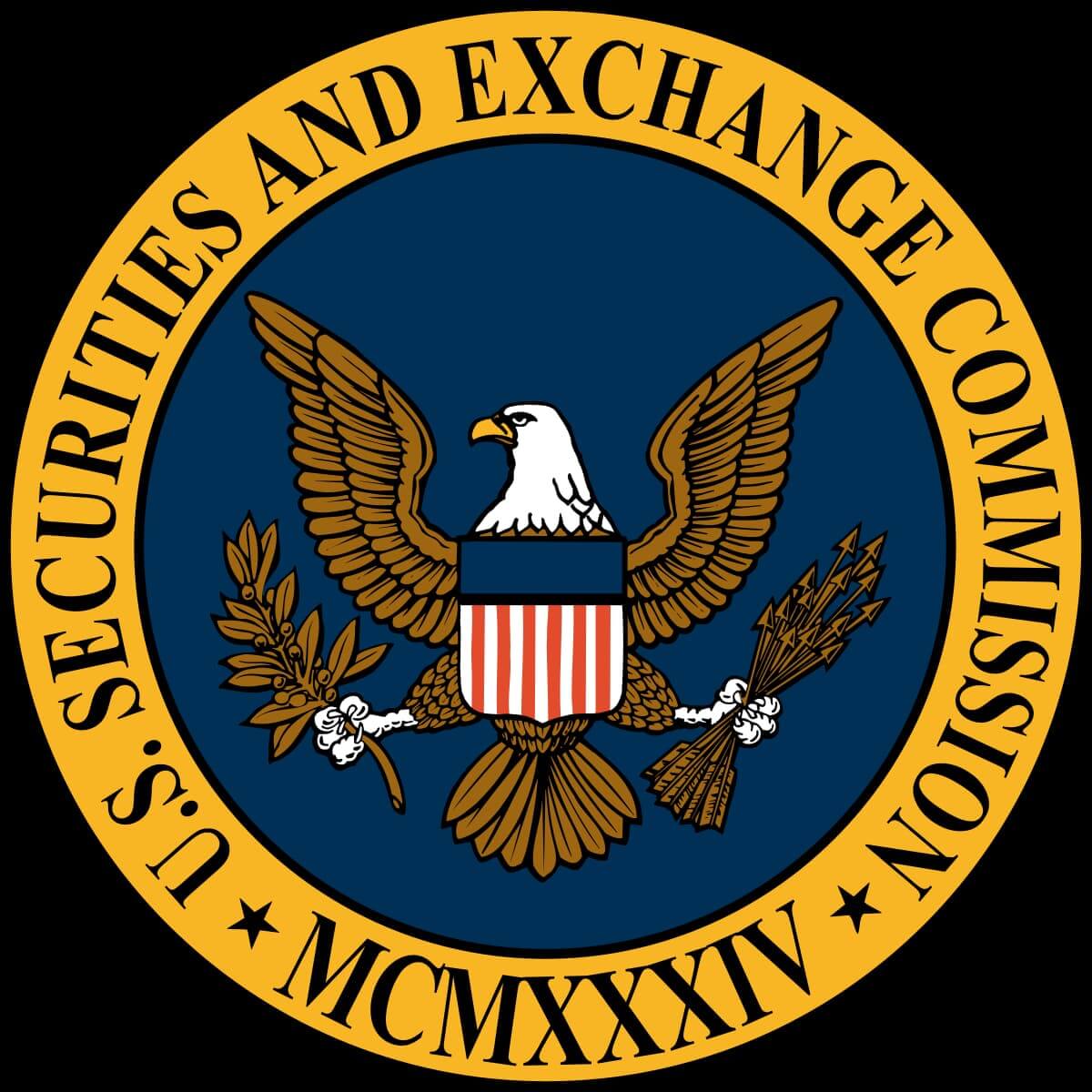 The President of the Republic,

On the report of the Prime Minister and the Minister of the Economy, Finance and Industry,

Having regard to the Constitution, in particular article 38;

Having regard to the social security code;

Having regard to the labor code;

Considering the law n ° 61-814 of July 29, 1961 modified conferring on the Wallis and Futuna Islands the status of overseas territory;

Considering the law n ° 94-126 of February 11, 1994 modified relating to the initiative and to the individual enterprise, in particular its article 4;

Considering the law n ° 2000-321 of April 12th, 2000 modified relating to the rights of the citizens in their relations with the administrations;

Having regard to the opinion of the National Commission for Informatics and Freedoms dated November 22, 2005;

The Council of State heard; Having

heard the Council of Ministers,

I. – Are considered as administrative authorities within the meaning of the present ordinance the State administrations, the territorial collectivities, the public establishments of an administrative nature, the organizations managing social protection schemes falling under the code of social security and the code. rural or mentioned in Articles L. 223-16 and L. 351-21 of the Labor Code and other bodies responsible for the management of an administrative public service.

II. – The following are considered, within the meaning of this ordinance:

2 ° As a “trust service provider”, any person offering services aimed at the implementation of functions which contribute to the security of information exchanged electronically;

3 ° As “security product”, any device, hardware or software, implementing functions that contribute to the security of information exchanged electronically;

4 ° As “teleservice”, any information system allowing users to carry out administrative procedures or formalities electronically.

When a user has electronically transmitted a request or information to an administrative authority and has been acknowledged in accordance with I of article 5, this administrative authority is regularly informed and processes the request or information. without asking the user to confirm or repeat the sending in another form. A decree in Council of State fixes the cases in which, because of particular requirements of form or procedure, it can be derogated from this rule.

The administrative authorities may create, in accordance with the provisions of the aforementioned law of 6 January 1978 and the security and interoperability rules provided for in chapters IV and V of this ordinance, teleservices. When they set up such a service, the administrative authorities make the decision creating it accessible from the latter, as well as its terms of use, in particular the possible modes of communication. These modalities are binding on users.

The time limits for appeal are not enforceable against the author of a request. when the acknowledgment of receipt has not been sent to him or does not include the information provided for by the decree mentioned below.

Failure to issue an acknowledgment of receipt does not invalidate the time limits for appeal against the applicant when an express decision has been duly notified to him before the expiry of the time limit at the end of the from which an implicit decision may arise.

The administrative authority is not required to acknowledge receipt of abusive mailings, in particular by their number, their repetitive or systematic nature.

The provisions of article 19 of the aforementioned law of 12 April 2000 do not apply to requests falling under this I.

II. – In the first paragraph of article 16 of the aforementioned law of 12 April 2000, the words: “or of an approved telematic or computer process allowing the date of sending to be certified” are replaced by the words: “or of sending by electronic means, in which case the date appearing on the acknowledgment of receipt or, where applicable, on the registration acknowledgment sent to the user by the same means in accordance with the provisions of I of article 5 of ordinance n ° 2005-1516 of December 8, 2005 relating to electronic exchanges between users and administrative authorities and between administrative authorities. “

A public service has been created, operated under the responsibility of the State, consisting in making available to the user a storage space accessible online. This space, placed under the control of its holder, open and closed at his request, allows the user to keep and communicate to the administrative authorities information and documents useful for the accomplishment of his procedures.

The administrative authorities may, with the authorization of the holder of the storage space, deposit documents therein.

The terms of implementation and operation of this service are set by decree of the Council of State, taken after advice from the National Commission for Information Technology and Freedoms. This decree specifies in particular the nature of the information stored, the conditions for identifying the holder of the storage space, as well as the guarantees of security and confidentiality offered to him. This decree also specifies the modalities according to which the holder authorizes the deposit of information on his storage space or their transmission from it.

Provisions relating to the electronic signature

The acts of the administrative authorities may be the subject of an electronic signature. This is only validly affixed by the use of a process, in accordance with the rules of the general safety reference system mentioned in I of article 9, which allows the identification of the signatory, guarantees the link of the signature with the act to which it attaches and ensures the integrity of this act.

I. – A general security reference sets the rules that must be observed by information system functions contributing to the security of information exchanged electronically, such as identification, electronic signature, confidentiality and time-stamping functions. The conditions for developing, approving, modifying and publishing this reference system are set by decree.

Electronic certificates issued to administrative authorities and their agents with a view to ensuring their identification within the framework of an information system are subject to validation by the State under conditions specified by decree.

Provisions relating to the interoperability of services

A general interoperability benchmark sets the technical rules to ensure the interoperability of information systems. In particular, it determines the data directories, norms and standards that must be used by the administrative authorities. The conditions for developing, approving, modifying and publishing this reference system are set by decree.

Security products and trust service providers qualified at a level of security under the conditions provided for in III of Article 9 may also be referenced by the State. They can then be used by users for all the teleservices for which this level of security is required.

The agents of the administrative authorities responsible for processing and using the information collected in the context of information systems use referenced security products to access these systems.

A decree specifies the modalities of application of this article, in particular the conditions of delivery of the security products to the agents of the administrative authorities.

Article 4 of the aforementioned law of 11 February 1994 is replaced by the following provisions:

“Art. 4. – When they are transmitted by electronic means, the declarations relating to the creation of the company, the modification of its situation or the cessation of its activity are made under conditions fixed by decree of the Council of State. The same applies to the filing of accounting documents. “

I. – The information systems existing on the date of publication of the general safety reference system mentioned in I of article 9 are brought into conformity with it within three years from that date. Applications created in the six months following the publication date of the repository are brought into conformity with it no later than twelve months after this date.

II. – The information systems existing on the date of publication of the general interoperability reference system mentioned in article 11 are brought into conformity with it within three years from that date. Applications created in the six months following the publication date of the repository are brought into conformity with it no later than twelve months after this date.

Information systems dealing with information relating to national defense secrets do not fall within the scope of this ordinance.

The provisions of this ordinance, with the exception of its article 13, are applicable in New Caledonia, French Polynesia and in the territory of the Wallis and Futuna Islands to State administrations and their public establishments.

The Prime Minister, the Minister of Economy, Finance and Industry, the Minister of Overseas Territories and the Minister for Budget and State Reform, spokesperson for the Government, are responsible , each with regard to the application of this ordinance, which will be published in the Official Journal of the French Republic.

The Minister for the Economy,

The Minister for Overseas Territories,

The Minister for Budget