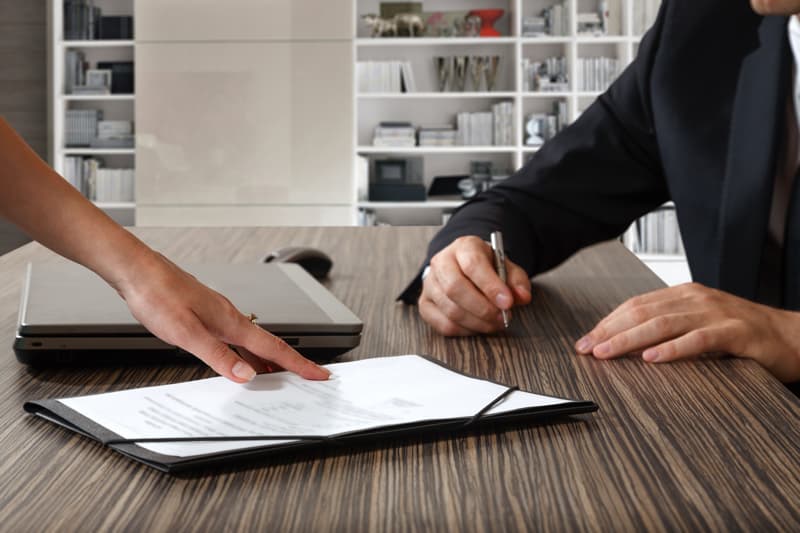 Adhesion has become the prevailing form of contracting.  The classical scheme of formation of contracts, based on offer and acceptance , which requires a bargaining which is the basis of mutual assent, was relevant up to the industrial revolution . In modern distribution bargaining has disappeared from most transactions. The overwhelming number of contracts are adhesion contracts.

The concept of the contract of adhesion originated in French civil law. The notion of contract of adhesion was used by the courts to limit the abuses of contracting power through general conditions and standard terms .   With mass production  and collective services (transportation, insurance, rentals etc. ) standard conditions , included in tariffs, general conditions usually in forms with myriad of provisions in fine print , etc. were used  to impose the  conditions of trading . When faced with forms which favor unilaterally and drastically  the drafter and which contains  harsh  clauses such as exclusions of liability  which were in fact  used  in particular to deprive the victims of the court developped rules on liability trough  contractual terms, the courts refused to enforce them. They held that in such contracts the adhesion could not be held to be acceptance of the clauses. The courts used the notion of contract of adhesion  to define the contracts  subject to legal scrutiny of the content and where unfair provisions (what would be later called unconscionable clauses or abusive clauses)  would not be enforced.  The unbalance of contract was considered as proof of the lack of assent.  The courts have “interpreted” the contracts to find implied obligations (such as safety obligations)

The notion developed  in the courts at the end of the 19th century and was introduced in legal writing  in 1901. (Salleilles, De la Déclaration de Volonte 229.).

It was introduced into  american jurisprudence in 1919, when the Harvard Law Review  published an  article by Edwin W. Patterson in 1919 Patterson, (The Delivery of a Life-Insurance Policy, 33 Harv.L.Rev. 198.)

It has since become common in legal writing   In 1943  Professor Kessler stated, “Standard contracts are typically used by enterprises with strong bargaining power. The weaker party, in need of the goods or services, is frequently not in a position to shop around for better terms, either because the author of the standard contract has a monopoly (natural or artificial) or because all competitors use the same clauses. His contractual intention is but a subjection more or less voluntary to terms dictated by the stronger party, terms whose consequences are often understood only in a vague way, if at all.” Kessler, Contracts of Adhesion–Some Thoughts about Freedom of Contract, 43 Colum. L. Rev. 629, 632 (1943), see also Fuller, Basic Contract Law (1947) 209-214.  It found its way in conflict of laws (See Ehrenzweig, Adhesion Contracts in the Conflict of Laws, 53 Colum. L. Rev. 1072, 1075 & n. 17 (1953) defining contracts of adhesion as “agreements in which one participation consist in his mere “adherence” , unwilling and often unknowing to a document drafted unilaterally insisted upon by what is generally a powerful enterprise” . The need for judicial review to control adhesion contract was increased by the constant  development of standardized contracts  and the growing concern about consumer protection (see   Schuchman, Consumer Credit by Adhesion Contracts, 35 Temp. L.Q. 125, 128-129 (1962); Llewellyn, Book Review of Prausnitz, The Standardization of Commercial Contracts in English and Continental Law, 52 Harv. L. Rev. 700 (1939); Kahn-Freund, Law of Inland Transport (3d ed. 1956) 432-434; Friedmann, Law in a Changing Society (1959) 103-105;  Macaulay, Justice Traynor and the Law of Contracts (1961) 13 Stan. L. Rev. 812, 857, 860. )

A contract of adhesion is presented as a  “take it or leave it” proposition. The terms of the contract have been preestablished, and there is no ability to negotiate . There cannot be any bargaining,  because of the unequal economic power, but also because the circumstances do not allow for discussion  . The offeror may not abusively take advantage of his position to force unreasonable clauses.

An adhesion contract is no “per se  ” invalid, it is subject to judicial scrutiny of the content and presentation. In contracts of adhesion “unconscionable clauses” will not be enforced.

In contracts of adhesion the courts have used extensively their  fact finding power to achieve the desirable results.   concerning the existence of consent and for the interpretation of the clauses. The courts have thus held that if a term was outside of the reasonable expectations of the person who did not prepare the contract, and if the parties were contracting on an unequal basis, then it will not be enforceable. The reasonable expectation is assessed objectively, looking at the prominence of the term, the purpose of the term and the circumstances surrounding acceptance of the contract.  Besides the courts have weakened the clauses by non literal construction.

As part of the control of contracts of adhesion   Section 211 of the Restatement (Second) of Contracts,  dealing with standardized agreements provides:

Where the other party has reason to believe that the party manifesting such assent would not do so if he knew that the writing contained a particular term, the term is not part of the agreement.

This is a subjective test focusing on the mind of the seller and has been adopted by only a few state courts.