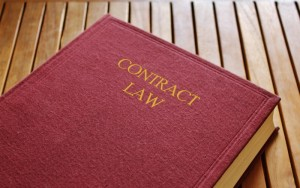 Italian contract law, which, like French law, derives from Roman law, is a written and codified law. The conventions regime is contained in articles 1321 to 1469 of the Civil Code, the principles of which are very close to French law.

This similarity, based on the same roots, is encountered both in terms of formation and execution or even termination of the contract.

Article 1321 of the Italian Civil Code defines a contract as an agreement entered into by two or more parties with the aim of creating, organizing or terminating a legal relationship of a patrimonial nature.

Article 1325 lists the elements necessary for the formation of the contract: consent of the parties, lawful cause, object and form, when prescribed by a legal provision on pain of nullity, in particular: contract of transfer of ownership of immovable property, partnership or partnership contracts involving the enjoyment of real estate for a period exceeding nine years or for an indefinite period.

The contract may contain, if the two parties have come to an agreement, the general clauses providing in favor of a party of limitations of liability, the right to be freed from contractual obligations or to suspend the execution of the contract or even arbitration clauses or derogations from the jurisdiction of the courts.

With regard to the settlement of disputes, it seems prudent to insert in international contracts concluded with an Italian party an arbitration clause, which makes it possible to avoid the length of the Italian procedure (between 7 and 12 years), while an arbitration procedure lasts on average only 6 months. However, Italian case law excludes questions relating to trademarks and patents from the scope of arbitration. Two types of arbitration are possible: the arbitrato rituale and the arbitrato irrituale(legal / contractual arbitration). The first is governed by articles 806 to 831 of the Code of Civil Procedures and ends with an arbitration award which binds the parties and, to the extent that it can have the exequatur, is then equivalent to judgment. The second procedure has the value of a contract and must be provided for in all its details by the co-contractors. The arbitration award rendered within the framework of contractual arbitration cannot be enforced. It should be noted that legal arbitration is more successful than contractual arbitration due to two legislative interventions in 1983 and 1994 (law of January 5, 1994) which carried out an important “grooming” of the Code of Civil Procedures and made the legal arbitration procedure very attractive (except for the tax cost which is quite high,