Loyola Law School Ranking: It’s Not That Hard To Get In

Loyola Law School, which is the law school of Loyola Marymount University, is ranked 72nd in the nation by US News and World Report in its list of ‘America’s best graduate schools.’ The Loyola Law School ranking for part-time law is 8th. The School is universally regarded very highly, and not only due to its impressive educational achievements. It is located in downtown Los Angeles, in the midst of the hubbub of the city’s legal, financial, and entertainment centers. Its location enables easy visits from alumni who visit the School to speak to students. It is also close to LA Live and the Staples Centre, which are sought-after sources of fun. This is not to mention the famous surfing and sunsets which become available to students who come to study in the nation’s second-largest city.

This attractive law school bears its public service agenda with great pride. Its influence on society in terms of supporting minority and victim’s rights is enormous. The School also has much thorough and expert know-how in legal education. It can claim to keep in very close touch with the most relevant legal arenas in our times. These facts form the substance behind the Loyola Law School ranking. For these reasons and others, it remains a very good option for prospective law students to consider. An additional factor in its favor is that it’s not that difficult to get into, speaking in comparison with other top law schools in the nation.

It is widely known that higher rankings among law schools usually imply greater difficulty in securing admission into them. Loyola is a breath of fresh air in this regard. When you look at Loyola Law School ranking, look beyond it this statistic. Most recently, Loyola offered admission to 42.27% of its 3,627 applicants. This percentage speaks much about the School’s wide-ranging welcoming attitude to prospective students. The invaluable resources of this world-class institution are, therefore, available to a much larger body of students than those of many other high-level law schools.

Loyola requires students to fill out an electronic application, submit a CA report, a letter of recommendation, and a personal statement of motivation. Submitting a resume is also recommended. Both financial aid and scholarships are made available by the School. In the case of the latter, all accepted students are automatically considered for them.

With regard to the admission process, Loyola relies fairly heavily on the LSAT, (Law School Admissions Test). The reason for this is simple. Relying on letters of motivation or recommendation would be patently inadequate for schools seeking to identify the most promising candidates. GPA scores also do not suffice because achieving high grades in one institution is often a very different level of achievement than achieving high grades in another. LSAT scores test candidates’ ability to think critically and analytically and are graded uniformly. The best preparation for LSATs is to practice with old tests in order to get used to the style of the questions.

Loyola is considered to have a high admissions selectivity rating, (90) by The Princeton Review. Accepted applicants at Loyola have a median LSAT score of 159, (in a range between 120 and 180). This statistic also demonstrates the relatively open arms the School offers to prospective students. It is within the possibility of many students to aim for this kind of score. It should also be noted that the School offers an ‘early admission’ process, which allows students who are intent on the School to secure their places early. Take the LSAT by November so that you’ll make the December deadline for this process.

A variety of relevant factors go into the establishment of the figure that stands for Loyola Law School ranking. For the prospective student, of course, this number in itself does not speak much about the ethos or the atmosphere of the School. The question each student faces is whether he, as an individual, can foresee himself thriving in the particular environment of a given law school.

In the case of Loyola, the first factor to become aware of is its well-earned reputation for social responsibility projects of various kinds. Students of the School are required to contribute at least forty hours of pro bono service. 200 000 hours of pro bono service have been donated since 1996. Loyola is home to the Project for the Innocent, which strives to exonerate wrongfully convicted prisoners. This is a clinic run by Loyola students. The Employment Rights Clinic also lives at Loyola.

The School runs the Federal Public Defender Death Penalty Clinic, which challenges the convictions of condemned prisoners and helps them secure new trials. There is also the Shriver Landlord Tenant Clinic, where students work with low-income clients in order to help them with eviction cases. More than this, there is the School’s Immigrant Justice Clinic which does valuable work in ensuring immigrant workers are treated justly and fairly.

The impressive list continues to include the Street Law Teaching Practicum. This is a nonprofit organization that helps people escape from abusive relationships by arranging for students to teach them legal skills that may help them rebuild their lives. Loyola’s Workers’ Rights Clinic combats such practices as wage theft, employment discrimination, labor trafficking, and retaliation.

The Center for Juvenile Law and Policy aims to offer representation to youths in Juvenile Court. Its staff of attorneys and social workers offers a year-long teaching clinic to a group of students every year. Loyola is the home of the International Human Rights Clinic, which represents citizens in claims against countries and tribunals. One of its goals is to earn refugee status for victims of domestic violence. This is, by any standards, an impressive list and it stands proudly behind Loyola Law School ranking.

More about what Loyola has to offer

Loyola Law School ranking also has some of the following behind it. The School offers the Cybersecurity and Data Privacy Law Program, which trains in compliance, incident response, risk assessment, and more. Loyola offers an Entertainment Law Practicum as well as a Journalist Law School. The Public Interest Law Foundation gets students involved in public interest causes and in raising money for public interest grants.

In general, it is well known that Loyola Law has formidable strength in the areas of intellectual property, digital privacy, and cybercrime. Note, too, that Loyola’s trial advocacy and moot court programs ranked fourth nationally in US News and World Report’s ‘2020 best graduate schools’ rankings. The School is very much on the pulse of the most relevant and useful areas of law in contemporary society and is set on orienting its students toward them.

Loyola has a student-faculty ratio of 9.2: 1 and a faculty numbering 199. You will find the number 1 evening program in the nation, excluding the east coast, within its walls. It is ranked 4th in trial advocacy; 7th in JDs offered to minority students; and 1st in Supreme Court Judges in California. Of its first-time bar exam takers in 2018, 72% passed, which should be compared with 64%, the average rate of ABA-approved schools. Loyola averaged 81.7% on the bar exam, as compared with the national average of 79.64%.

The Loyola Law School ranking, then, has a lot of genuinely good and relevant education behind it. Its commitment is to facilitate its students keeping abreast of the relevant law in today’s society but, more than that, to assist them in becoming leaders in it. Its student body is thoroughly cosmopolitan, as its ethos would suggest it should be. Loyola gives special attention to poor students, minorities, and women with respect to offering them opportunities to study law. At the same time, its excellence in law instruction is universally acknowledged. It remains an active leader in the legal profession with regard to integrity, ethics, and social justice. 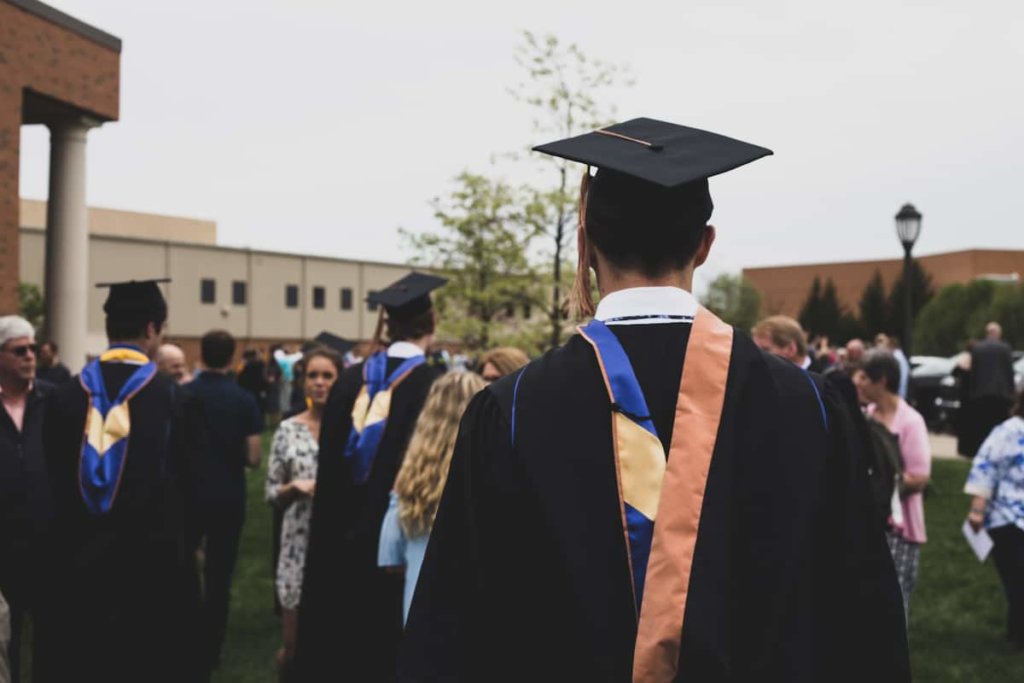 Navigating the career territories beyond the schools

Students are most definitely not left to navigate the career territories beyond the schools on their own. The Career Development Office offers warm and pertinent assistance to alumni. Counseling and mock interviews are always made available for this purpose. The School’s interest is in its students finding their professional role in society and in serving the public interest with their unique talents.

Surveys have been made of Loyola alumni salaries within a ten-month period of graduation. These focus on full-time long-term employed graduates. In 2017, alumni employed in the private sector were earning a median salary of $71,500. Those in the public sector were earning $50,250. In 2020, the median salary in the private sector was $78,000. In the public sector, it was $65,900.

Some of the more famous alumni of Loyola are Johnny Cochran, Robert Shapiro, and Gloria Allred. The Loyola Law School ranking also has the following behind it. Two former US Supreme Court clerks, many federal prosecutors, and attorneys working in reputable firms graduated from Loyola. The same is true of several judges of the Superior Court of California. Of Loyola graduates, 66.5% end up in law firms; 14.9% in business positions; 9.6% in Government work; 4.98% in public interest organizations; and 3.56% in federal clerkships. The School has left 18,000 alumni spread through 35 countries in the world, including 800 law firm partners.

However, what defines success, as Loyola Law School itself testifies, cannot only be the accumulation of wealth. Let Loyola Law School ranking figure into your complicated choice of a law school in a significant way. But certainly don’t allow salary figures or to be your sole guide. The same should be said of famous alumni. Consider the location of a university. If it is near home, you may be able to save on housing and transport costs. Also, consider the specific strengths of departments with relation to your areas of interest. What mentoring opportunities are available to you in particular institutions? This could have a much greater effect on your future than many other factors combined.

What are the costs of tuition and what funding possibilities are available? If you are aiming for a part-time program, have you researched the quality of each given part-time program you consider? The atmosphere and character of the student body are also very relevant. Is there an atmosphere of excellence in academic achievement? Most important of all, there is you. How do you fit into this institution or that? 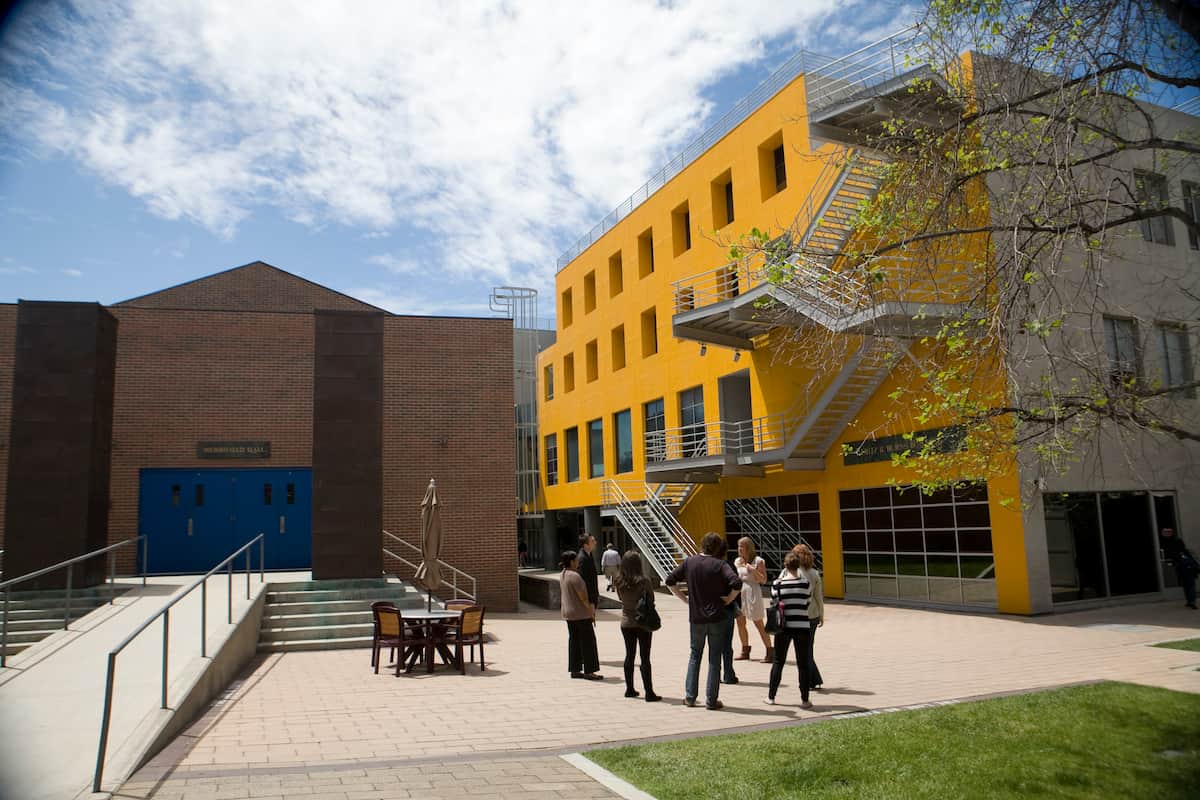 Loyola Law School ranking piqued your interest, and now you’ve seen some of the substance behind it. But please bear in mind some crucial, though sometimes neglected, points about the application. A major in English Literature would put you ahead above the rest. The reason is that, in this department, you will be trained in strong, focused, clear writing. You’ll be forced to check your thoughts are coherent and follow one from the next. English majors make great lawyers because they are experts in narrative logic. Consider also Philosophy and Political Science.

Think in terms of training yourself in vital skills like these, rather than in terms of making a big impression or displaying a glowing resume. Finally, and don’t panic about this, but your LSAT scores will prove particularly important, so devote some time to going over old tests repeatedly. Once you’ve done all your homework, do take Loyola Law School ranking into account, and determine what it implies for your future.