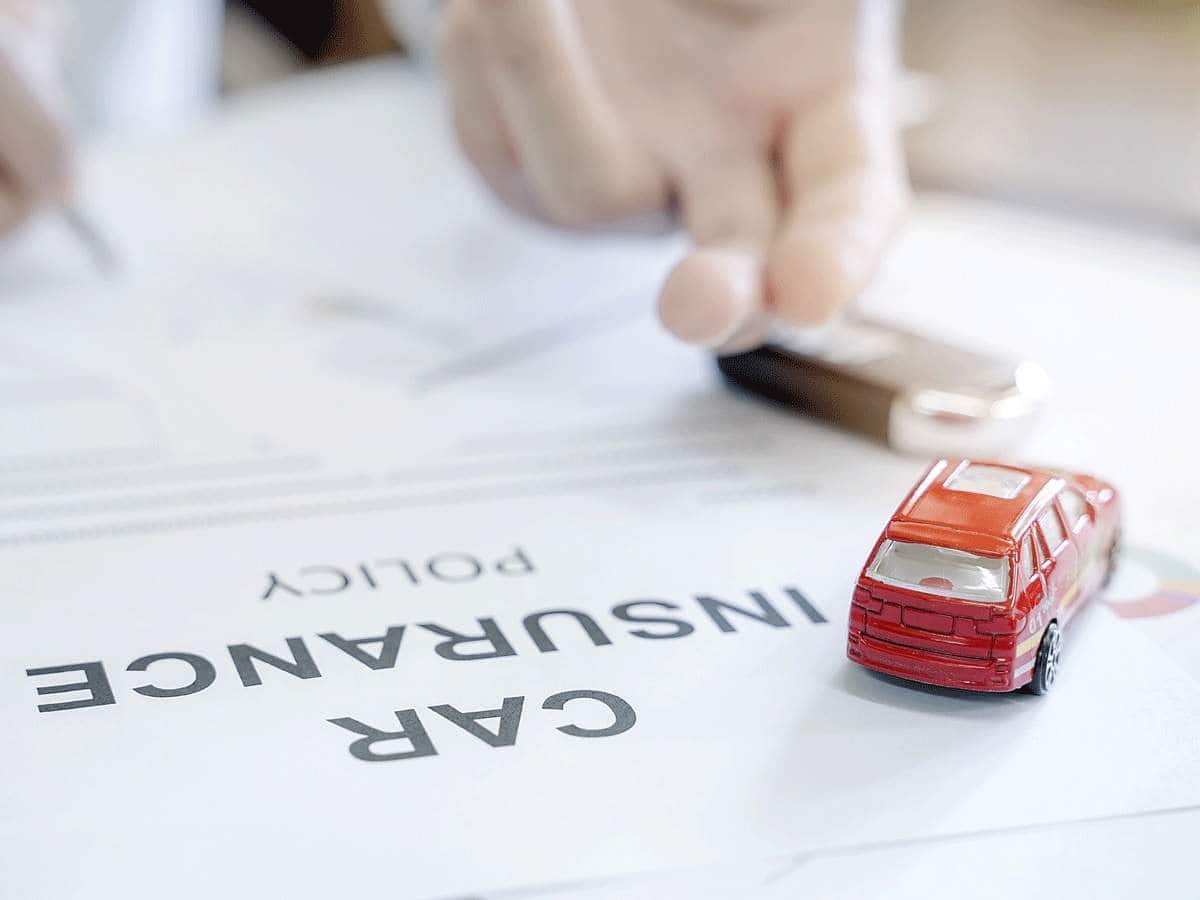 Title I: Insurance of motorized land vehicles and

their trailers and semi-trailers

Chapter I: The obligation to insure

Any natural person or any legal person other than the State, whose responsibility

to persons or property in which a vehicle is involved, must,

to circulate it, be covered by insurance guaranteeing this

responsibility, under the conditions set by decree of the Council of State. For the application

of this article, “vehicle” means any land motor vehicle, that is to say

mechanical force without being tied to a railroad track, as well as any trailer, even not

Insurance contracts covering the liability mentioned in the first paragraph of

custody or driving, even unauthorized, of the vehicle, with the exception of professionals

the repair, sale and control of the automobile, as well as the liability

civil liability of the passengers of the vehicle covered by the insurance. However, in the event of theft of a

vehicle, these contracts do not cover the repair of damage suffered by the perpetrators,

co-perpetrators or accomplices in the theft.

obtained against the owner’s wishes.

The members of the family of the driver or the insured, as well as the pupils of a

approved educational institution for the driving of land motor vehicles, in

training or examination courses, are considered as third parties within the meaning of the first

paragraph of this article.

The provisions of Article L. 211-1 are not applicable to damage caused by

The insurance provided for in Article L. 211-1 must include a liability guarantee

all the member states of the European Community are individually

circulation of vehicles having their usual station in that third State. This

guarantee, when called upon to play outside French territory, is granted by

France during the term of the contract.

establishing the European Economic Community is applicable, where it does not exist,

for the territory traveled, from the national insurance office.

In this case, the insurer is only required to cover damage which may be

victims nationals of the States mentioned in the first paragraph of this article,

force in the State where the vehicle which caused the accident has its usual parking.

The vehicle is deemed to have its usual parking place in France:

2 ° When, although subject to the obligation of registration in France, it does not have

corresponds more and that the accident occurs on French territory;

guard is domiciled in France.

The Council of State decree mentioned in article L. 211-1 sets the conditions of application

of this title, and in particular the scope of the guarantee that must be included in the contract

insurance, the terms of establishment and validity of the supporting documents provided

for the exercise of control, as well as the obligations imposed on vehicle users

in international circulation with a letter of nationality other than the French letter.

Article L. 211-1 is, notwithstanding any clauses to the contrary, deemed to include guarantees

conviction for driving while intoxicated or under the influence of alcohol

or for driving after using substances or plants classified as narcotics.

The provisions of this title do not affect regulatory requirements.

in force, insofar as these prescriptions concern different risks or

The provisions of this section apply, even when transported

under contract, to victims of a traffic accident in which is involved

a land motor vehicle and its trailers or semi-trailers, with the exception of

railways and trams running on their own tracks.

Whatever the nature of the damage, in the event that liability is not

contested and where the damage has been fully quantified, the insurer that guarantees the

compensation presented to him. When responsibility is dismissed or is not

clearly established, or when the damage has not been fully quantified, the insurer

must, within the same time limit, give a reasoned response to the elements referred to in the

the maximum period of eight months from the accident. In the event of the victim’s death,

the offer is made to his heirs and, if applicable, to his spouse. The offer then includes all

elements compensable for damage, including elements relating to damage to

goods when they have not been the subject of prior payment.

This offer may be provisional when the insurer has not, within three

month of the accident, was informed of the consolidation of the victim’s condition. The definitive offer

the insurer has been informed of this consolidation.

In any event, the most favorable timeframe for the victim applies.

In case of multiple vehicles, and if there are several insurers, the offer is made by

the insurer mandated by the others.

On the occasion of its first correspondence with the victim, the insurer is barely obliged

relative nullity of the transaction that could take place, to inform the victim that he can

obtain from him, on request, a copy of the police investigation report or

of the gendarmerie and to remind them that they can, at their discretion, be assisted by a

lawyer and, in the event of a medical examination, a doctor.

Under the same sanction, this correspondence brings to the attention of the victim the

Since the insurer could not, through no fault of its own, know that the accident had

against the author of the damage. However, the insurer cannot invoke such ignorance

with regard to organizations paying social security benefits.

In all cases, the failure to file claims from third-party payers, within a

four months from the request from the insurer, results in forfeiture of

their rights against the insurer and the author of the damage.

the state of the victim, the claims produced by third-party payers may be of a

provisional. The same is true when social security benefits are paid.

When, because of the victim, the third-party payers were unable to assert their rights against

the insurer, they have recourse against the victim up to the amount of compensation he has

from the request for payment of benefits.

When the offer has not been made within the time limits set out in Article L. 211-9, the amount of

of the offer or of the judgment which has become final. This penalty may be reduced by the judge by

due to circumstances not attributable to the insurer.

manifestly insufficient, it automatically orders the insurer to pay into the guarantee fund

provided for in Article L. 421-1 a sum at most equal to 15% of the allowance allocated, without

prejudice to the damages owed by this fact to the victim.

The insurer must submit to the guardianship judge or the family council, competent following

the cases to authorize it, any transaction project concerning a minor or a major in

guardianship. He must also give an informal notice to the guardianship judge, fifteen days

less in advance, of the payment of the first arrears of an annuity or of any sum owed

be paid as compensation to the legal representative of the protected person.

with the exception of the insurer.

The victim may, by registered letter with acknowledgment of receipt, denounce the

transaction within fifteen days of its conclusion.

The above provisions must be reproduced in conspicuous characters in

the expiry of the denunciation period set in article L. 211-16. Otherwise, the

In the event of a conviction resulting from an enforceable court decision, even by

provision, the legal interest rate is increased by 50% at the end of a period of two

court decision, when it is contradictory and, in other cases, the day of the

notification of the decision.

The victim may, within the time limit provided for by article 2270-1 of the civil code, request

compensation for the aggravation of the damage it suffered to the insurer who paid the compensation.

When the insurer invokes an exception of legal or contractual guarantee, it is required

will belong; the transaction may be contested before the judge by the one for

the account of which it will have been made, without questioning the amount of sums

allocated to the victim or his dependents.

public, companies or organizations benefiting from an exemption under Article

to the guarantee fund for compulsory damage insurance instituted by article L.

421-1, in its relations with the victims or their beneficiaries; however, the deadlines

provided for in Article L. 211-9 run against the fund from the day on which it received the

regulations governing legal actions against the fund. When the fund

guarantee is held at the interest provided for in article L. 211-14, they are paid to the Treasury.

Under the control of the public authority, a periodical publication reports on

indemnities fixed by judgments and settlements.

section. It determines in particular the causes of suspension or extension of time limits.

mentioned in Article L. 211-9, as well as the reciprocal information that must be

the insurer, the victim and the third party payers.

Where it is provided for by contract, the subrogatory recourse of the insurer who has paid to the

third parties referred to in article 29 of the same law of 5 July 1985. It must be exercised, if necessary,

within the time limits set by law for third-party payers to produce their claims.

without being covered by insurance guaranteeing civil liability in accordance with

the provisions of article L. 211-1 of this code are reproduced below:

without being covered by insurance guaranteeing civil liability in accordance with

1 ° The sentence of community service, in accordance with the terms provided for in article 131-8 of

3 ° The suspension, for a period of three years at most, of the driving license, this

suspension that cannot be limited to driving outside the activity

new license for up to three years;

5 ° The ban on driving certain land motor vehicles, including those for

driving for which a driving license is not required, for a period of five years at

6 ° The obligation to complete, at their own expense, a road safety awareness course;

7 ° Confiscation of the vehicle which the convicted person used to commit the offense, if he

III. – Immobilization may be prescribed under the conditions provided for in Articles L. 325-1 to

The fines pronounced for violation of the insurance obligation provided for in article L.

211-1, including the fines that a pardon measure would have substituted for

imprisonment, are affected by an increase of 50% perceived, during their

recovery, in favor of the Guarantee Fund established by Article L. 420-1.

If the civil court is seized of a serious dispute, relating to the existence or

validity of the insurance, the criminal court called upon to rule on the prosecution

judged definitively on the dispute.

civil liability concerns vehicles having their usual parking on the

territory of a State referred to in Article L. 211-4 with the exception of France and Monaco.

Chapter II: The obligation to insure – The central office of

Anyone subject to compulsory insurance who, having requested the subscription of a

contract with an insurance company covering in France the risks of

civil liability resulting from the use of motorized land vehicles, is opposed

a refusal, can seize a central pricing office whose conditions of constitution and

the operating rules are set by the Council of State decree provided for in article L.

was offered to him. He may, under the conditions set by the decree of the Council of State

above, determine the amount of a deductible which remains the responsibility of the insured.

operating no longer in accordance with the regulations in force. It incurs, as the case may be,

Section I: Provisions specific to departments

Decrees in the Council of State set the date of entry into force, as well as the modalities

application or adaptation of Chapters I and II to the overseas departments.