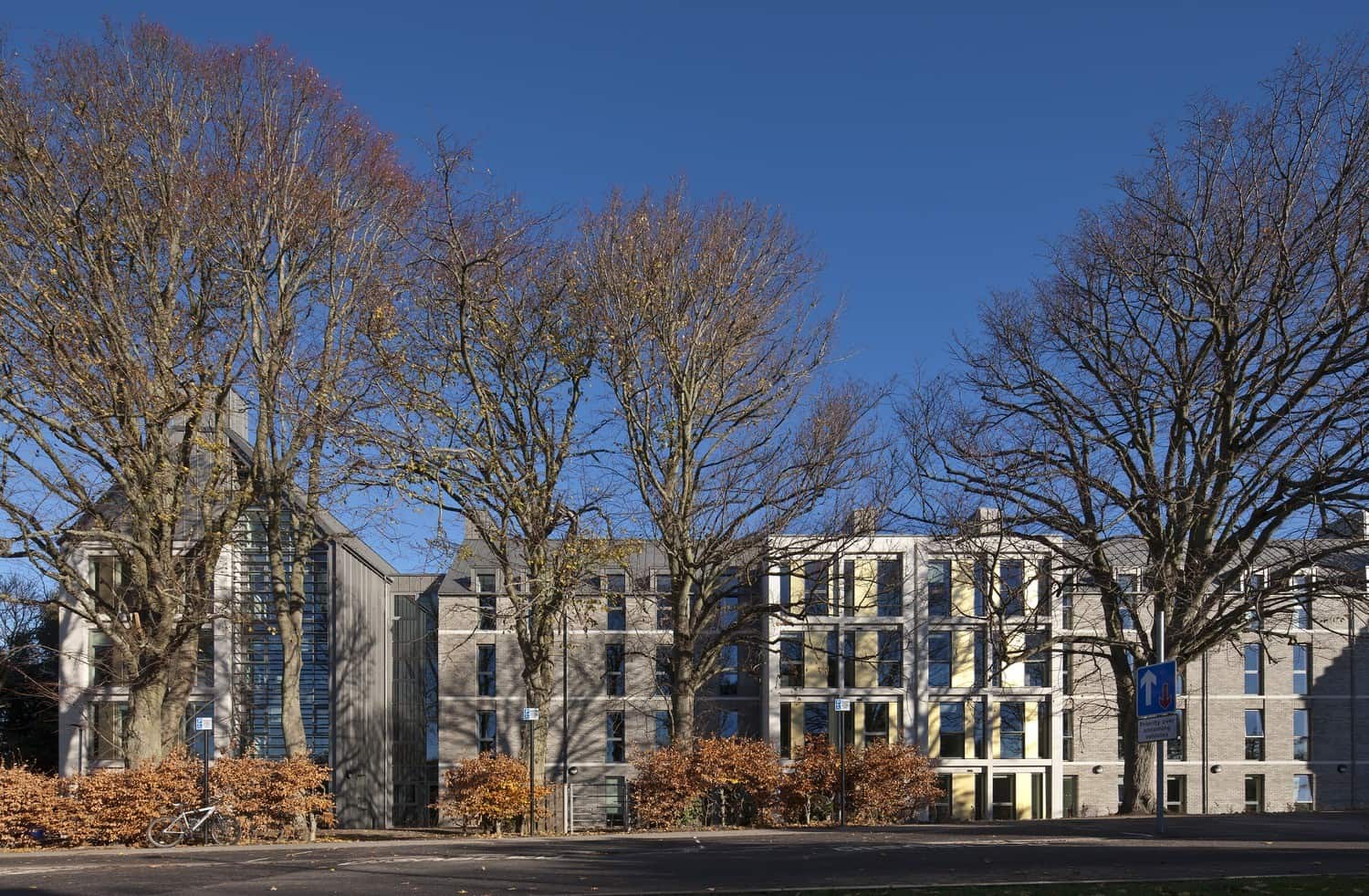 They may also provide services on behalf of syndicates of co-owners of buildings subject to a safeguard plan in application of article L. 615-1 or located within the perimeter defined for a scheduled operation of home improvement referred to in Article L. 303-1.

They also have for object:
– to carry out on their own behalf or on behalf of a third party, with the agreement of the local authority (s) or communities concerned, all land interventions, actions or development operations provided for by the town planning code and the Construction and Housing Code, without the provisions of Article L. 443-14 being applicable to the disposals of buildings made necessary by these achievements. When they are entrusted by agreement with carrying out an urban restructuring operation, this includes all operations or actions or all developments or equipment likely to promote an urban social development policy as defined in the article 1 of law nº 96-987 of 14 November 1996 relating to the implementation of the revival pact for the city; in this case, the agreement can include actions of professional and social integration in favor of the inhabitants of the districts classified in sensitive urban zones, defined in the 3 of article 42 of the law n ° 95-115 of February 4, 1995 of orientation for the planning and development of the territory;

– to realize or acquire and improve, in addition to their rental activity, with a view to their sale to natural persons as main residences, housing intended for people of modest means and respecting the maximum sale prices set by the administrative authority, either when a satisfactory supply of such housing is not guaranteed in a block, district or municipality, or at the request of the local authority in the context of an action or a development operation or the implementation of urban renewal and social diversity objectives provided for in city contracts;
– to assist as a service provider, under conditions defined by their statutes, natural persons and construction companies set up in application of Title I of Book II for the construction and management of buildings, for use by home or professional and residential or intended for this use, in home ownership;

– to carry out, under the conditions defined by their statutes, on behalf of associations or approved bodies in the field of social housing, the provision of services for operations or actions likely to promote the social integration of people and the urban and social mix of cities and neighborhoods;
– to provide services on behalf of other low-rental housing organizations for missions falling within the corporate purpose and the territorial jurisdiction of said organizations and service providers;
– to acquire and rent to organizations approved by order of the State representative in the department of hotels, furnished or not, intended for the temporary accommodation of people in difficulty;
– to be a condominium manager and administrator of property built, constructed or acquired either by them, or by another low-rental housing organization, a local authority, a semi-public company or a non-profit organization profit-making, the association mentioned in article 116 of the aforementioned 2002 finance law or one of the real estate companies whose shares are at least 99% owned by this association;

– to sell building works to organizations referred to in Article L. 411-2 and to semi-public companies or to acquire them from them, by contract for the sale of buildings to be constructed provided for in Articles L. 261 -1 and following;
– to build or acquire, develop, maintain, manage or give under management to natural or legal persons hotel residences with a social vocation provided for in Article L. 631-11.

They can, moreover:
– intervene, under the conditions fixed by their statute, as service providers of semi-public companies for the realization of development operations, when they have been approved for this purpose;
– with the agreement of the mayor of the municipality where the establishment is located and the representative of the State in the department, manage, as property managers, housing located in condominiums experiencing significant operating difficulties or be trustees of these condominiums. In these same co-ownerships when they are the subject of a safeguard plan in application of Article L. 615-1, they may, according to the terms specified by decree of the Council of State which may derogate from the rules applicable to low-rent dwellings, acquire lots for resale, carry out all work there and rent them provisionally;
– provide leisure accommodation with a social vocation under the conditions provided for in Article L. 421-1;
– carry out operations of design, construction, upkeep or maintenance of hospital or medico-social equipment for the needs of a public health establishment;
– carry out works, acquire, construct and manage buildings for residential use for the benefit of officials of the national police and gendarmerie, departmental fire and rescue services or prison services, as well as premises incidental to these buildings and the premises necessary for the operation of the gendarmeries.

(Law n ° 91-662 of July 13, 1991 art. 41 V Official Journal of July 19, 1991)
(Law nº 98-657 of July 29, 1998 art. 61 Official Journal of July 31, 1998)
(Law n ° 2003-590 of July 2, 2003 art. 90 III Official Journal of July 3, 2003)
(Law n ° 2003-710 of August 1, 2003 art. 48 Official Journal of August 2, 2003)
I. – The capital of low-rental housing companies is divided between four categories of shareholders:
1 ° A reference shareholder holding the majority of the capital;
2 ° When they do not have the status of reference shareholder, communities of municipalities with more than 50,000 inhabitants including at least one municipality with more than 15,000 inhabitants, urban communities, agglomeration communities, trade unions the new agglomeration, the departments and regions on whose territory the limited rental housing company owns housing;
3 ° The representatives of the tenants, elected from lists of candidates presented by associations working in the field of housing, independent of any political party or philosophical, confessional, ethnic or racial organization, and not pursuing collective interests contrary to the objectives of housing social fixed by this code, in particular by articles L. 411 and L. 441, and by the right to the city defined by the law n ° 91-662 of July 13, 1991 of orientation for the city;
4 ° Legal persons other than the reference shareholder and natural persons.
For the purposes of applying the provisions of this article, shares are sold at a symbolic price by the reference shareholder, under the conditions provided for by decree of the Council of State, to the public establishments and local authorities mentioned in 2 ° and to the tenants. elected under the conditions defined in 3 °.
Each category of shareholders is represented at general meetings of shareholders, without there necessarily being proportionality between the amount of capital held and the number of voting rights, according to the terms provided for by the articles of association, under conditions set by decree in Board of state.

II. – The reference shareholder can be made up of a group of two or three shareholders, linked to each other by a pact carrying the effects provided for in article 1134 of the civil code and speaking with one voice at general meetings of the limited rental housing company. The shareholders’ agreement is communicated as soon as it is concluded to each of the shareholders of the limited rental housing company as well as to the prefect of the region in which it has its headquarters. In particular, it provides for the terms of settlement of disputes that may arise between the signatories.
In the event of termination of the agreement or in the event of a change in the composition of the capital having an effect on the reference shareholder, the statutory bodies of the limited rental housing company request a renewal of the authorization mentioned in the article L. 422-5.
The associates of the Social Housing Economy Union are considered as a single shareholder. The same applies to non-profit organizations whose purpose is the integration of people in difficulty.

IV. – The members of the board of directors or of the supervisory board are appointed by the general meeting on the proposal of each category of shareholders. Three of them are appointed on the proposal of the public establishments and local authorities mentioned in 2 ° of I.
The representatives of the tenants mentioned in 3 ° of I, three in number, are members of the board of directors.
A decree in Council of State determines the conditions of application of this article.