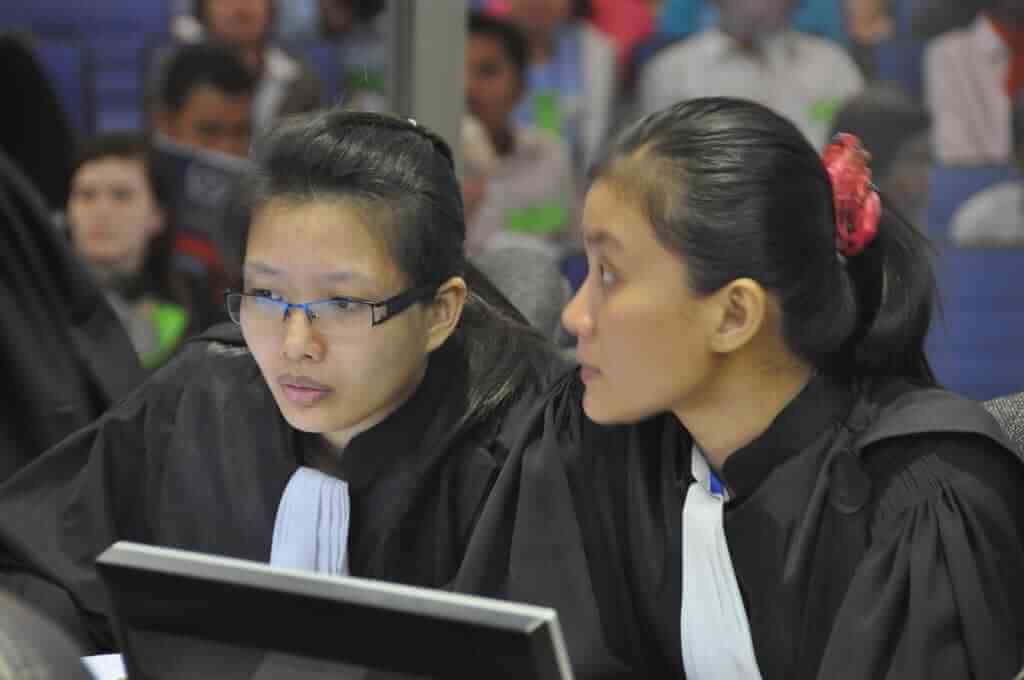 The Constitution Of The Civil Party And Its Effects

Paragraph 2: The constitution of the civil party and its effects

Anyone who, in accordance with article 2, claims to have been injured by an offense, may, if he has not already done so, become a civil party at the hearing itself.
The ministry of a lawyer is not compulsory.
The civil party may, in support of its constitution, claim damages corresponding to the damage caused to it.

The declaration of the constitution of civil party is made either before the hearing at the clerk’s office, or during the hearing by declaration recorded by the clerk or by filing of pleadings.

(Law n ° 81-82 of February 2, 1981 art. 87 Official Journal of February 3, 1981)
(Law n ° 83-466 of June 10, 1983 art. 34 Official Journal of June 11, 1983 in force on June 27, 1983)
(Law n ° 83-608 of July 8, 1983 art. 12 Official Journal of July 9, 1983 in force on September 1, 1983)
(Law n ° 93-2 of January 4, 1993 art. 224 Official Journal of January 5, 1993 in force on March 1, 1993)
(Law n ° 2000-516 of June 15, 2000 art. 111 Official Journal of June 16, 2000)
Notwithstanding the foregoing provisions, any person claiming to be injured may become a civil party, directly or through his lawyer, by registered letter with acknowledgment of receipt or by fax sent to the court at least twenty-four hours before the date of the claim. hearing, when it requests either the return of seized objects or damages; it attaches to its request all the supporting documents for its loss. These documents are immediately attached to the file.
With the agreement of the public prosecutor, the request for restitution or for damages may also be made by the victim, during the police investigation, to an officer or a judicial police agent, who draws up a report. This request constitutes the constitution of civil party if the public action is set in motion and the criminal or police court is directly seized.
In the cases provided for in the two preceding paragraphs, the civil party is not required to appear.
In the event of a dispute over the ownership of the objects whose return is requested, or if the court does not find in the request, in the documents attached thereto and in the file, sufficient grounds to rule, the decision on the only civil interests is deferred to a subsequent hearing to which all parties are summoned at the behest of the prosecution.

(Law n ° 75-624 of July 11, 1975 art. 25 Official Journal of July 13, 1975 in force on January 1, 1976)
At the hearing, the declaration of civil party must, under penalty of inadmissibility, be made before the requisitions of the public prosecutor on the merits or, if the court has ordered the adjournment of the pronouncement of the sentence, before the requisitions of the ministry. public on the penalty.

(Law n ° 81-82 of February 2, 1981 art. 85 Official Journal of February 3, 1981)
The person who has become a civil party can no longer be heard as a witness.
However, the civil party is assimilated to the witness with regard to the payment of compensation, unless the court decides otherwise.

The civil party can always be represented by a lawyer or a solicitor. In this case the judgment is contradictory with regard to him.

(Law n ° 81-82 of February 2, 1981 art. 86 Official Journal of February 3, 1981)
The duly cited civil party who does not appear or is not represented at the hearing is considered to have withdrawn from his constitution of civil party.
In this case, and if the public action has only been set in motion by the direct summons issued at the request of the civil party, the court shall rule on said action only if so requested by the public prosecutor; except to the defendant to ask the court for damages for abuse of direct summons, as stated in article 472.
The judgment noting the alleged withdrawal of the civil party is served on him by bailiff’s writ, in accordance with the provisions of articles 550 and following. This judgment is assimilated to a default judgment, and the

The withdrawal of the civil party does not preclude the civil action before the competent court.