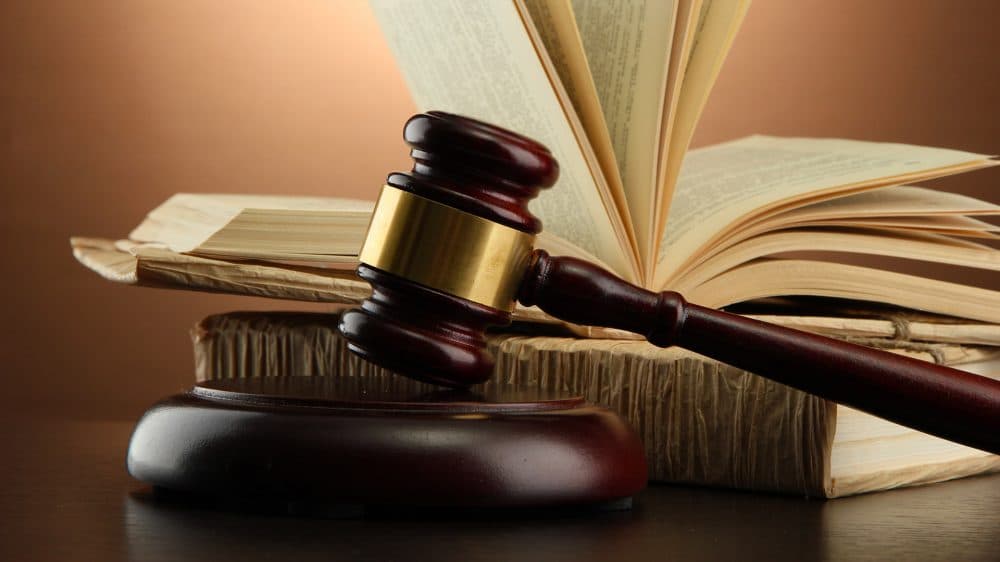 (Law n ° 2004-204 of March 9, 2004 art. 151 Official Journal of March 10, 2004)
The proceedings cannot be interrupted and must continue until the case is terminated by the judgment of the Assize Court.
They may be suspended for the time necessary for the judges, the civil party and the accused to rest.

(Law n ° 81-82 of February 2, 1981 art. 65 Official Journal of February 3, 1981)
(Law n ° 93-2 of January 4, 1993 art. 224 Official Journal of January 5, 1993 in force on March 1, 1993)
(Law nº 92-1336 of December 16, 1992 art. 322 Official Journal of December 23, 1992 in force on March 1, 1994)
(Ordinance n ° 2000-916 of September 19, 2000 art. 3 Official Journal of September 22, 2000 in force on January 1, 2002)
(Law n ° 2004-204 of March 9, 2004 art. 152 Official Journal of March 10, 2004)
From the opening of the hearing, the use of any sound recording or broadcasting device, television or cinema camera, photographic devices is prohibited under penalty of a fine of 18,000 euros, which may be imposed. under the conditions provided for in Title VIII of Book IV.
However, the president of the Assize Court can order that the debates will be the object in whole or in part, under his control, of a sound recording. He may also, at the request of the victim or the civil party, order that the hearing or testimony of the latter will be the subject, under the same conditions, of an audiovisual recording.
The media of this recording are placed under seal and deposited at the registry of the Assize Court.
Audiovisual sound recording can be used in front of the Assize Court, until the judgment is delivered; if it is during deliberation, the formalities provided for in the third paragraph of article 347 shall apply. The sound or audiovisual recording can also be used before the Assize Court ruling on appeal, before the Court of Cassation seized of a request for review, or, after cassation or annulment on request for review, before the referring court.
The seals are opened by the first president or by a magistrate delegated by him, in the presence of the convicted person assisted by his lawyer, or them duly summoned, or in the presence of one of the persons referred to in article 623 (3º), or they duly called.
After presentation of the seals, the first president has an expert make a transcription of the recording which is attached to the proceedings file.
The above provisions are not prescribed on pain of nullity of the procedure.

(Law n ° 72-1226 of December 29, 1972 art. 6-i, 6-ii Official Journal of December 30, 1972 in force on January 1, 1973)
The president is vested with a discretionary power by virtue of which he can, in his honor and in his conscience, take any measures which he considers useful to discover the truth. He may, if he considers it advisable, seize the court which rules under the conditions provided for in Article 316.
He may during the proceedings call, if necessary by warrant, and hear all persons or be brought in. all new pieces which appear to him, according to the developments given to the audience, useful for the manifestation of the truth.
Witnesses so called do not take an oath and their statements are considered only information.

Assessors and jurors may put questions to the accused and witnesses by asking the president to speak.
They have a duty not to express their opinion.

The public prosecutor takes, in the name of the law, all the requisitions that it deems useful: the court is required to give it notice and deliberate on them.
The prosecution’s requisitions taken during the proceedings are mentioned by the clerk in his report. All the decisions to which they give rise are signed by the president and by the clerk.

When the court does not grant the requisitions of the public prosecutor, the investigation or the judgment are neither stopped nor suspended.

(Law n ° 93-2 of January 4, 1993 art. 224 Official Journal of January 5, 1993 in force on March 1, 1993)
(Law n ° 2000-516 of June 15, 2000 art. 136 Official Journal of June 16, 2000 in force on January 1, 2001)
All contentious incidents are settled by the court, the public prosecutor, the parties or their lawyers.
These judgments cannot prejudge the substance.
When the Assize Court examines the case on appeal, these judgments can only be challenged by appeal in cassation, at the same time as the judgment on the merits. When the Assize Court examines the case at first instance, these judgments cannot be appealed against, but, in the event of an appeal from the judgment on the merits and re-examination of the case before a other Assize Court, they do not have the authority of res judicata before this court.
Share This Post: facebook twitter linkedin google pinterest