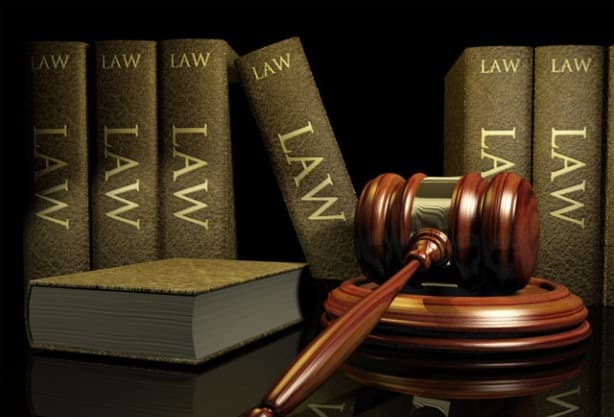 Section I: Exercise of the right of appeal

Judgments rendered in correctional matters may be challenged by way of appeal.
The appeal is brought to the court of appeal.

(Ordinance nº 60-529 of June 4, 1960 art. 2 Official Journal of June 8, 1960)
(Law n ° 85-1407 of December 30, 1985 art. 48 and art. 94 Official Journal of December 31, 1985 in force on February 1, 1986)
Except in the case provided for in article 505, the appeal is lodged within ten days of the delivery of the contradictory judgment.
However, the appeal period only runs from the service of the judgment, whatever the mode:
1 ° For the party who, after adversarial debate, was not present or represented at the hearing where the judgment has been pronounced, but only in the event that he or her representative has not been informed of the day on which the judgment will be pronounced;
2 ° For the accused who has requested to be tried in his absence under the conditions provided for in article 411, paragraph 1;
3 ° For the accused who has not appeared, under the conditions provided for in article 411, paragraph 4.
The same applies in the cases provided for by articles 410 and 494-1.

If the judgment is rendered by default or by iterative default, the time limit for appeal runs only from the service of the judgment, whatever the mode.

In the event of an appeal by one of the parties during the above time limits, the other parties have an additional period of five days to lodge an appeal.

(inserted by Law n ° 2000-516 of June 15, 2000 art. 42 Official Journal of June 16, 2000 in force on January 1, 2001)
When it occurs within a period of one month from the date of the appeal, the withdrawal by the accused or the civil party of his main appeal entails the lapse of incidental appeals, including that of the public prosecutor. The appeal formed within the time limit provided for by article 500, as well as the appeal lodged, following a previous appeal, within the time limits provided for by article 498 or 505, constitute a cross-appeal, when the appellant specifies that this is a crossappeal. In all cases, the public prosecutor can always withdraw from his appeal formed after that of the accused in the event of withdrawal of the latter.

(Law n ° 85-1407 of December 30, 1985 art. 88 and art. 94 Official Journal of December 31, 1985 in force on February 1, 1986)
The notice of appeal must be made to the clerk of the court which rendered the contested decision.
It must be signed by the clerk and by the appellant himself, or by an attorney at the court which ruled, or by a lawyer, or by a special attorney; in the latter case, the power is annexed to the act drawn up by the clerk. If the appellant cannot sign, this will be mentioned by the clerk.
It is entered in a public register for this purpose and any person has the right to have a copy delivered.

(Law n ° 85-1407 of December 30, 1985 art. 50 and art. 94 Official Journal of December 31, 1985 in force on February 1, 1986)
When the appellant is detained, the appeal may be made by means of a declaration to the head of the penitentiary establishment.
This declaration is recorded, dated and signed by the head of the penitentiary establishment. It is also signed by the appellant; if the latter cannot sign, this is mentioned by the head of the establishment.
This document is sent without delay, in original or in copy, to the registry of the court which rendered the contested decision; it is transcribed in the register provided for in the third paragraph of article 502 annexed to the deed drawn up by the clerk.

A request containing the grounds of appeal may be delivered within the time limits set for the declaration of appeal to the court office; it is signed by the appellant or by a lawyer registered with a bar or by a solicitor or a special attorney.
The request, as well as the documents of the procedure, are sent by the public prosecutor to the court’s prosecution as soon as possible.
If the accused is under arrest, he is also, as soon as possible, and by order of the public prosecutor, transferred to the remand center of the place where the court of appeal sits.

(Ordinance nº 60-529 of June 4, 1960 art. 8 Official Journal of June 8, 1960)
The Attorney General forms his appeal by service, either to the accused or to the person civilly responsible for the offense, within two months from the date of the pronouncement of the judgment.

(Law n ° 83-608 of July 8, 1983 art. 9 Official Journal of July 9, 1983 in force on September 1, 1983)
The case is devolved to the court of appeal within the limit fixed by the notice of appeal and by the capacity of the appellant as stated in article 515.
The insurer’s appeal produces effect with regard to the insured with regard to the civil action. It is, within three days, notified to the insured by registered letter with acknowledgment of receipt sent by the insurer.
Share This Post: facebook twitter linkedin google pinterest