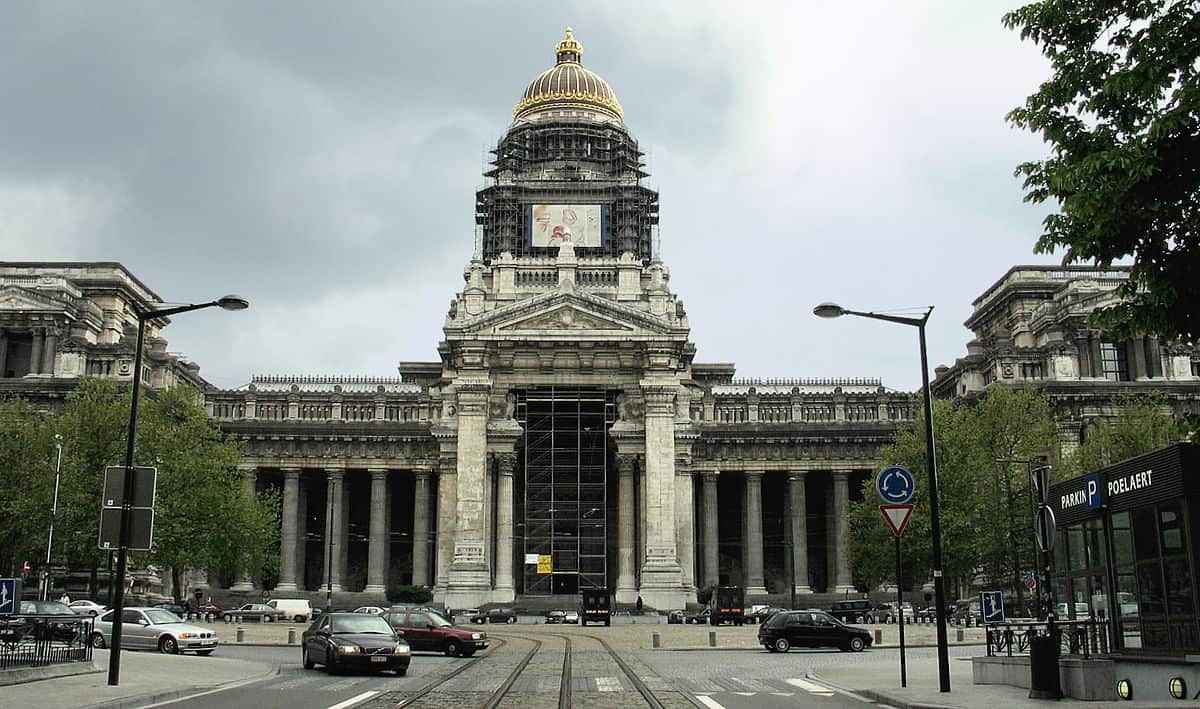 On the appeal brought by the company GST Alcatel, whose registered office is 84, rue des Aciéries, 42950 Saint-Etienne Cedex 09,

in cassation of a judgment rendered on March 18, 1999 by the Lyon Court of Appeal (1st civil chamber), in favor of:

2 ° / of Mrs Françoise Lonne, in her capacity as liquidator of the company Start informatique, domiciled at 122, rue Croix de Seguey, 33000 Bordeaux,

Means produced by Me COSSA, lawyer advising for the company GST Alcatel

The judgment under appeal is criticized for having dismissed the company GST ALCATEL for all of its requests;

FOR THE REASONS THAT it results from the documents poured into the debate that the family Association EXTERNAT SAINTE-MARIE ordered from the company GST ALCATEL and from the company START INFORMATIQUE a computer set to ensure the management by magnetic cards of its school canteen from the start of the school year in September 1991; that the order could not be satisfied due to difficulties in adapting to the pre-existing computer system; whereas solutions were sought in vain until December 1993; that the company GST ALCATEL has fulfilled neither its obligation of information and advice nor its obligation to deliver since it was unable to provide EXTERNAT SAINTE-MARIE with the system ordered which was supposed to be operational in September 1991; that from then on

ALORS ON THE ONE HAND THAT the trial judges can not modify the terms of the dispute; in the present case, to refuse to pay the invoices of the company GST ALCATEL, the family association EXTERNAT SAINTE-MARIE claimed that it had failed, on the one hand, to its obligation of advice and analysis, on the other hand, to its obligation to deliver; that, therefore, by retaining, to say the said association well founded to invoke the exception of non-performance, a failure by the company GST ALCATEL to its obligation to inform, the Court of Appeal violated Article 4 of the new Code of Civil Procedure ;

ALORS ON THE OTHER HAND THAT the judge must, in all circumstances, observe and observe himself the principle of contradiction; in the present case, by automatically raising the plea of ​​a failure by the company GST ALCATEL to its obligation to inform without having previously invited the parties to explain it, the Court of Appeal violated article 16 of the new Code of Civil Procedure;

ALORS FURTHER THAT the judge can not exempt a party to a contract from its obligation to pay the agreed price of the contractual service if it finds a breach by the other party of its obligations serious enough to justify the exception of non-performance; that in the present case, to exempt the family association EXTERNAT SAINTE-MARIE – which had ordered from the company GST ALCATEL a computer system of school canteen management which had been contractually provided that it would be the subject, of the part of the company START INFORMATIQUE, of an adaptation necessary to make it operational according to the equipment equipping the said association – of its obligation to pay the invoices of the company GST ALCATEL, the Court of Appeal is is confined to asserting that the latter had failed in its obligation to provide information and advice, without specifying in any way which information or which advice was lacking; that ruling in this way, it deprived its decision of legal basis with regard to Article 1184 of the Civil Code;

THEN FINALLY, a seller cannot be criticized for not having fulfilled his obligation to deliver when he delivered the agreed thing which, to be operational, required adaptation due to an event attributable to the Buyer ; in the present case, the company GST ALCATEL argued in its conclusions of appeal that it had undertaken to deliver to the Family Association EXTERNAT SAINTE-MARIE a system which, to become operational according to the equipment equipping said association, had to be the subject of an adaptation known as portage that the association had to entrust to the company START INFORMATIQUE; that, consequently, by affirming that the company GST ALCATEL had failed in its obligation of delivery, for lack of having delivered a system in working order,

On the single means, taken in its first two branches:

Whereas the judgment under appeal (Lyon, March 18, 1999) dismissed the company GST Alcatel (the company), seller of a computer system, of its request for payment of the invoices issued against the purchasing association Externat Sainte -Marie (the day school); that the company accuses him of having thus ruled whereas, by automatically raising a breach by the seller of his obligation to inform, the court of appeal would have, by this addition to the breach of the obligation to advise and the analysis, the only one denounced by the clerkship, modified the terms of the dispute and, by refraining from inviting the parties to explain themselves, violated article 16 of the same Code;

But whereas the obligation to advise the seller of complex equipment extends to informing the buyer as to the feasibility of the interventions necessary for their commissioning and as to the timeframes required by them; that the Court of Appeal, noting that the computer system ordered by the day school in June 1993 to be adapted to the pre-existing equipment at his home in September 1991, had never been made compatible, neither at the agreed time, nor more late, legally justified his decision;

And on the last two branches:

Whereas the judgment is still criticized for leaving without impact the contractual forecast of the intervention of a Start informatique company for the necessary adaptation of the acquired thing to the computer equipment already in place in the premises of the day school , and thus to be deprived of a legal basis with regard to article 1184 of the Civil Code by not saying how the company would have failed in its obligation to inform and advise, and, finally, in what he criticizes to the latter the failure to fulfill its obligation to deliver, to violate article 455 of the new Code of Civil Procedure;

But given, on the one hand, that the obligation to inform and advise the seller is not ruled out by the possible failures of the third-party installer, while, on the other hand, his obligation to deliver is not fully executed. that once the actual development of the thing sold has been carried out ; whence it follows that the grievances are unfounded;

Orders the company GST Alcatel to pay the costs;

On the report of Mr. Gridel, advisor, the observations of Mr. Cossa, lawyer of the company GST Alcatel, the conclusions of Mr. Sainte-Rose, general counsel; M. LEMONTEY, president.