A judicial record is a document prepared or retained in the ordinary course of business by or for a court or judicial agency that is unrelated to its adjudicative function, whether or not that function is tied to a specific case.

For lawyers, judicial records are a valuable resource. These records can help lawyers strategize in similar situations as well as teach about the law, accountability, and consequences of a specific matter. Grayson County judicial records are also a valuable resource for the general people in Grayson County, which they can use when they are involved in legal processes.

So, this article is decorated with valuable information about Grayson County judicial records and a thorough grasp of judicial activism vs judicial restraint. In addition, there is a frequently asked question section at the end of the article.

What Is The Importance Of Judicial Records?

Students in law school analyze past trial records and verdict precedents to learn. The legal models could not have been established, and there would have been no opportunity to learn from them and advance the legal system if the cases were heard and resolved behind closed doors, away from the general public.

The public has shown a strong interest in high-profile cases that have been broadcast on television or printed in newspapers in recent decades. The reporters had access to trial information, which they disseminated to the general public.

This knowledge aided the people in understanding the issues and forming their conclusions. The open court system empowers citizens by allowing them to question the government while also learning from the judicial system.

How To Get Grayson County Judicial Records

Grayson County judicial records that can be obtained from the county clerk’s office are:

The District Clerk is responsible for civil filings over $100,000.00, as well as family matters such as divorce, condemnation, and juvenile hearings. From 1982 until the present, civil disposed of files are available.

With documents dating from 1930 to the present, the County Clerk is the official record keeper for the Grayson County judicial record of Commissioner’s Court. The clerks are responsible for collecting and maintaining the supporting paperwork necessary to create the meeting minutes each time the court meets.

During regular office hours, these records are open to the public for view. A fee is charged for accessing these records. Regular copies of court documents are $1.00 per page. For certified copies, you need to pay $5.00 per document and $1.00 per page.

You can also get other Grayson County judicial records by visiting the clerk’s office and submitting a request. Grayson County, Texas, contains two clerk offices that serve a population of 126,146 people over a 933-square-mile region. There is one clerk Office for every 63,073 people and 466 square miles.

Some of the Grayson County judicial records can also be accessed online, and a list of judicial services can be found on graysoncountyva.gov. However, you’ll need to contact the District Clerk’s Office directly for more information.

To obtain information from the Grayson County Judicial Records, the person requesting access must produce a government-issued photo ID.

From the Grayson County Judicial Records, attorneys can benefit in several ways. Some of the points are below:

Attorneys can use Grayson County judicial records to acquire evidence, perform background research, and support their clients’ cases in general.

Attorneys can benefit from judicial documents in a variety of ways. It can solve a variety of perplexing issues, particularly when they are related to a hot topic or a popular region. For example, assume that multiple people are using a medicine manufactured from harmful pharmaceuticals and their effects on patients. Having access to the drug company’s public records can help an attorney gather evidence, build arguments, and contact new victims.

In addition to case-related prizes, attorneys can form a law firm by partnering with lawyers they identify through Grayson County Judicial records. If an attorney wants to cooperate with another business attorney, for example, they can search for their contact information in the Grayson County judicial records of all business cases. 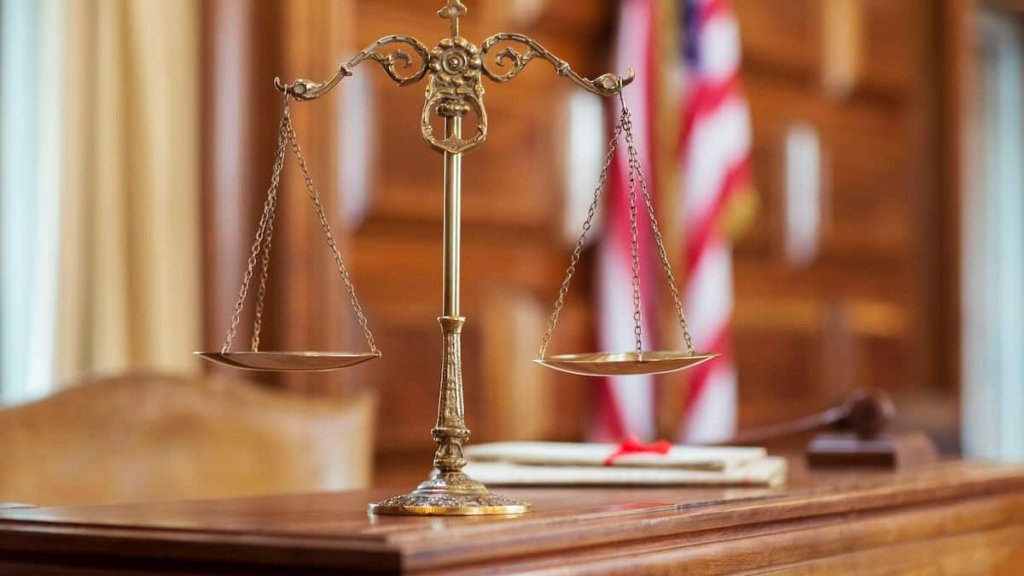 The main distinction between these two philosophies is that judicial activism is a philosophy of judicial decision-making in which a judge advocates for modern ideals and conditions while allowing personal views on public policy.

Judicial restraint, on the other hand, is a doctrine that encourages judges to refrain from making unconstitutional judgments and limits their authority.

The polar opposite of judicial restraint is judicial activism. Judicial activism is a strategy that permits judges to use judicial review and make federal decisions, including constitutional concerns. It also empowers legal entities to declare legislative or executive measures at the federal level invalid.

Judiciary activism is a judicial ideology that holds that courts can and should consider broader societal ramifications of their judgments in addition to the applicable law. 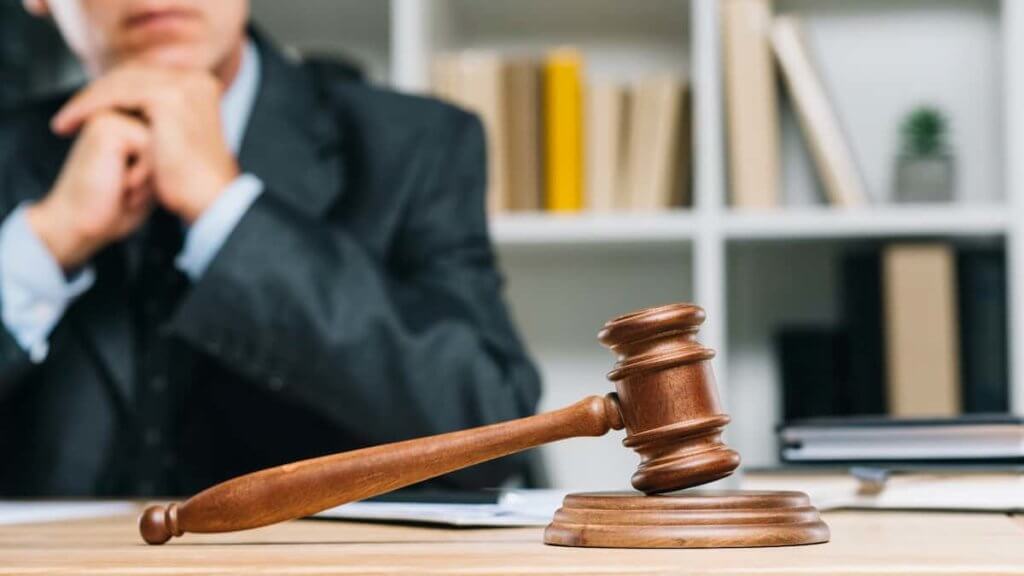 In a nutshell, when it comes to judicial activism vs. judicial restraint, judicial restraint refers to the use of judges’ authority and power to maintain fairness and justice when the necessary federal and constitutional entities fail to do their jobs. Therefore, the judicial activism method allows judges to design policies that actively safeguard people’s legal rights, social rights, publicity rights, and other rights while maintaining political justice.

Judicial restraint and judicial activism are two very distinct things, but they both contribute to a delicate balance of power between the judiciary, executive, and legislative branches. Judges and the court are needed in judicial activism to review and revisit current legislation as well as make any necessary changes.

As judicial activism and judicial restraint are two extremely essential aspects of the legal system, the judicial record can provide attorneys with real examples of these two distinct things.

If there is a need, attorneys can acquire a good picture of how the judge uses judicial activism and judicial restraint in various types of cases.

Finally, the Grayson County judicial records aid the attorneys in recalling previous instances, conducting research, and formulating strategies for handling various issues. The judiciary’s role in society is to be a keeper of the constitution and a protector of the people’s fundamental rights. The three most important roles of the judiciary are: justice for people, interpreting laws, and making laws. Through the access of Grayson County judicial records, lawyers can educate themselves about various types of cases and can apply that knowledge in real life.

1. What Do Judicial Records Imply?

2. Are Judicial Records Accessible To The Public?

Public court documents, with the exception of confidential records, are open to the public and may be utilized by journalistic outlets, academic research, and non-profit organizations. They cannot, however, be utilized for any commercial reasons.

3. How Can I Get Free Access To Court Records?

Some of the free dockets and court filing websites are

Arizona, California, Colorado, Connecticut, Florida, Massachusetts, New Jersey, New Mexico, North Carolina, Oregon, Tennessee, Virginia, and Washington are among the states that have been chosen. The report’s Exhibit B lists all of the states and the amount of electronic access to court documents each possesses.

5. What Is The Role Of A District Clerk In Grayson County?

Receiving money and processing all criminal warrants, summons, and motions for criminal and traffic infractions are among the responsibilities of the Clerk of District Court. The Clerk also keeps track of all dispositions, including contacting the Central Criminal Records Exchange, which maintains a database of all offenses.

6. What Impact Does Judicial Activism Have On The Courts?

As judges are more likely to be affected by the interests of the public and strike down laws and practices as unconstitutional, judicial activism influences the decisions taken by individual justices when determining cases considered by the Court. A higher court’s order directs a lower court to send a case up for review.

7. What Are The Benefits Of Judicial Activism For The General Public?

Citizens, social groups, consumer rights advocates, and others benefit from judicial activism because it gives them easier access to the law and introduces a public interest perspective. It has done a fantastic job of safeguarding and expanding the scope of fundamental rights.