Types and Reasons for Waiver of Subrogation Clause

Insurance companies can be brutal when it comes to recovering damages. The liable party often gives in to avoid any legal proceedings against them. This is where a waiver of the subrogation clause can be the perfect support.

Here is everything you need to know about this clause that has been protecting parties from insurance company recoveries for a long time.

What is waiver of subrogation clause? Waiver subrogation clauses can be a lifesaver when such incidents occur. Such provisions prevent insurance providers from recovering the amount from a party they paid to the insured to resolve a claim. It minimizes the possibility of a lawsuit against the third party.

So here are the types of waiver subrogation clauses you need to be aware of. 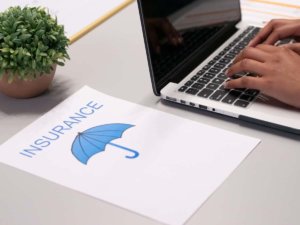 The waiver subrogation clause in a lease agreement functions the same way as construction contracts. The insurance provider cannot recover the damages from the owner if the injured party’s insurance provided the cover for the claim. The insurer has to pay for the damages and cannot pursue the negligent party to recover damages. It protects landlords and tenants from legal costs and liabilities. Thus, protecting the relationship between them.

This one is the most common occurrence in a day to day life. In case of an accident involving cars, bikes, or vehicles of any sort, the injured party and the party at fault often seek a settlement that doesn’t involve the insurer. The at-fault party presents a waiver of subrogation to the injured party, which protects the former from any legal pursuit by the insurer of the injured party. It forfeits future claims and prevents the recovery from the negligent party or its insurer.

Reasons for waiver of subrogation clause The reasons for waiver of subrogation clauses are quite obvious. It is carried out to prevent any possibility of a legal dispute or liability. A client often goes for a waiver subrogation clause to avoid any long and costly legal battles caused by contractual obligations. In addition, it is also carried out so that a party can avoid paying damages for which they are being held responsible. It is also done to speed up any claims process. Thus, saving the time and money of both parties involved.

All said and done, one can understand the importance of a waiver subrogation clause. It is always better or necessary to go through the contract to check if the clause is present or not to avoid future disagreements.