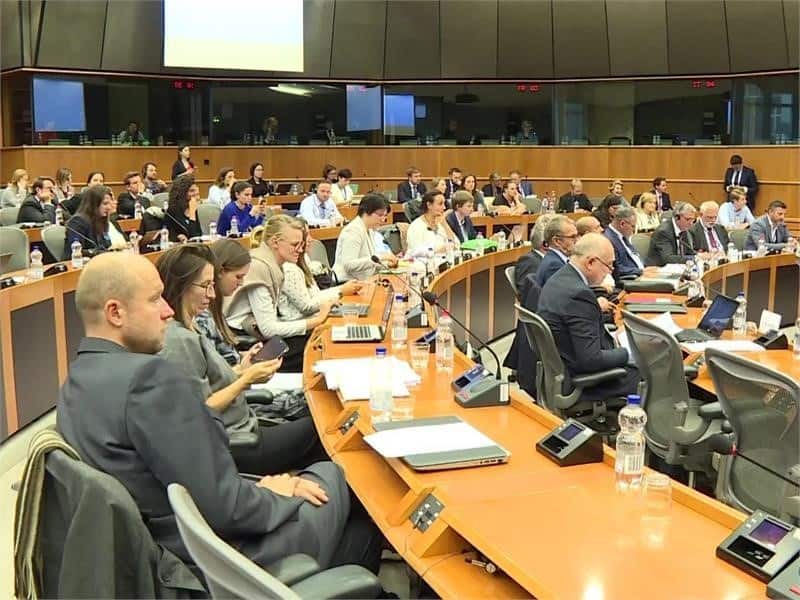 Article 130a
In order to promote the harmonious development of the whole Community, the latter is developing and pursuing its action aimed at strengthening its economic and social cohesion.

In particular, the Community aims to reduce the gap between the levels of development of the various regions and the backwardness of the less favored regions, including rural areas.

Article 130b
Member States shall conduct their economic policy and coordinate it with a view also to attaining the objectives referred to in Article 130A. The formulation and implementation of Community policies and actions and the implementation of the internal market shall take place. take into account the objectives referred to in Article 130 A and participate in their achievement. The Community also supports this achievement through the action it carries out through structural funds (European Agricultural Guidance and Guarantee Fund, “Guidance” section; European Social Fund; European Regional Development Fund), the European Investment Bank and other existing financial instruments.

The Commission reports to the European Parliament, the Council, the Economic and Social Committee and the Committee of the Regions every three years on the progress made in achieving economic and social cohesion and on how the various means foreseen to this article have contributed. This report is, if necessary, accompanied by the appropriate proposals.

If specific actions prove to be necessary outside the funds, and without prejudice to the measures decided in the framework of other Community policies, these actions may be adopted by the Council, acting unanimously on a proposal from the Commission and thereafter. consultation of the European Parliament, the Economic and Social Committee and the Committee of the Regions.

Article 130c
The European Regional Development Fund is intended to help correct the main regional imbalances in the Community by participating in the development and structural adjustment of regions whose development is lagging behind and in the conversion of declining industrial regions.
Article 130d
Without prejudice to Article 130e, the Council, acting unanimously on a proposal from the Commission, after obtaining the assent of the European Parliament and after consulting the Economic and Social Committee and the Committee of the Regions, defines the missions and the priority objectives and the organization of funds for structural purposes, which may involve the pooling of funds. The general rules applicable to the funds, as well as the provisions necessary to ensure their effectiveness and the coordination of the funds among themselves and with the other existing financial instruments, are also defined by the Council, acting in accordance with the same procedure.

The Council, acting under the same procedure, creates, before 31 December 1993, a Cohesion Fund, which contributes financially to the implementation of projects in the field of the environment and in that of the trans-European networks in the field of transport infrastructure. .

Article 130e
Implementing decisions relating to the European Regional Development Fund shall be taken by the Council, acting in accordance with the procedure referred to in Article 189c and after consulting the Economic and Social Committee and the Committee of the Regions.

As regards the European Agricultural Guidance and Guarantee Fund, “Guidance” section, and the European Social Fund, Articles 43 and 125 shall apply respectively.