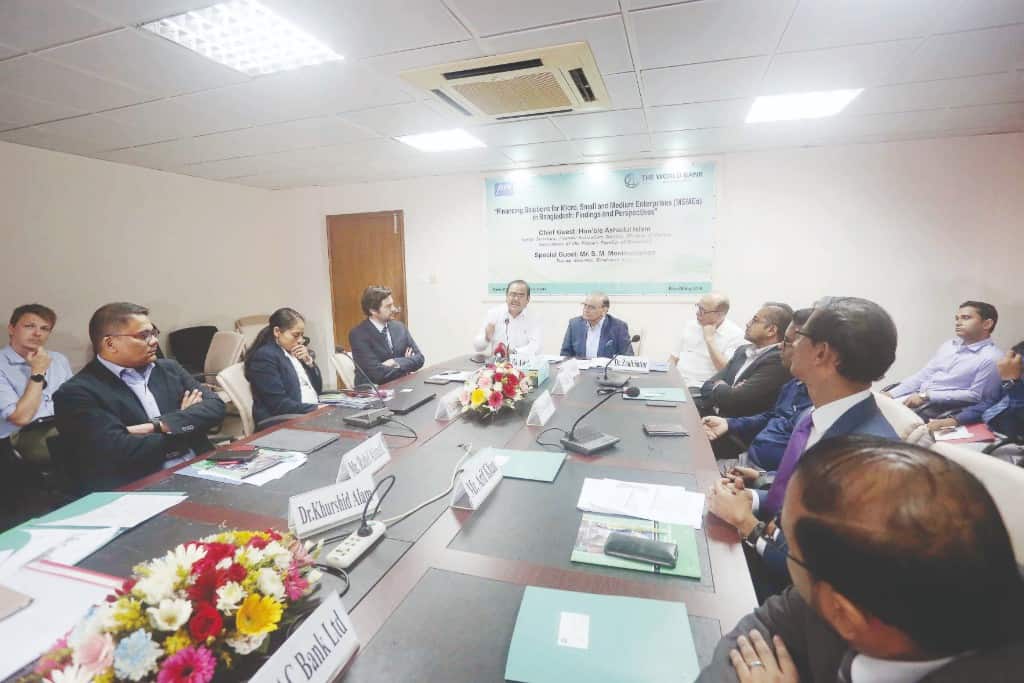 Article 1
1. Small and medium-sized enterprises, hereinafter referred to as “SMEs”, are defined as companies:
– employing less than 250 people
– and whose
annual turnover does not exceed ECU 40 million,
or the annual balance sheet total does not exceed ECU 27 million,
– and which comply with the independence criterion, as defined in paragraph 3.
2. When it is necessary to distinguish between a small and a medium-sized enterprise, “small enterprise” is defined as an enterprise:
– employing less than 50 people
– and of which:
either the annual turnover n ‘ does not exceed 7 million ECU,
i.e. the annual balance sheet total does not exceed 5 million ECU,
– and which meets the criterion of independence as defined in paragraph 3.
3. Are considered independent companies which are not owned 25% or more of the capital or voting rights by one company or jointly by several companies that do not meet the definition of SME or small company, as the case may be. This threshold can be exceeded in two cases:
– if the company is owned by public holding companies, venture capital companies or institutional investors and on condition that these do not exercise, individually or jointly, any control over the company,
– if it results from the dispersion of the capital that it is impossible to know who owns it and the company declares that it can legitimately assume that it is not 25% or more owned by a company or jointly by several companies that do not do not meet the definition of SME or small business, as the case may be.
4. For the calculation of the thresholds mentioned in paragraphs 1 and 2, the data of the beneficiary company and of all the companies in which it directly or indirectly holds 25% or more of the capital or of the voting rights must be added.
5. Where it is necessary to distinguish micro-enterprises from other types of SMEs, these are defined as enterprises with less than 10 employees.
6. When a company, at the balance sheet date, has just exceeded, in one sense or another, the workforce thresholds or the financial thresholds stated, this circumstance does not make it acquire or lose the quality of “SME”, “medium enterprise”, “small enterprise” or “micro-enterprise” only if it recurs for two consecutive years.
7. The number of people employed corresponds to the number of work-year units (AWU), that is to say the number of employees employed full-time during a year, part-time work or seasonal work being fractions of UTA. The year to be taken into consideration is that of the last closed financial year.
8. The thresholds used for turnover or the balance sheet total are those relating to the last closed financial year of twelve months. In the case of a newly created company whose accounts have not yet been closed, the thresholds to be considered are the subject of a good faith estimate during the year.

Article 2
The Commission shall modify the ceilings adopted for turnover and the balance sheet total as necessary and normally every four years, from the adoption of this recommendation, to take account of economic developments in the Community.

– 50 to 249 employees,
– 250 to 499 employees,
– 500 employees and more.
3. As a transitional measure, the current Community programs which define SMEs according to criteria different from those set out in Article 1 will continue to produce their effects and benefit companies which, when the said programs were adopted, were considered to be SMEs. Any change in the definition of SMEs in these programs can only be done on condition that the definition contained in this recommendation is adopted by replacing the divergent definition by a reference to this recommendation. This transitional regime should in principle come to an end by 31 December 1997 at the latest. However, the legal commitments made by the Commission on the basis of these programs will not be affected.
4. When the fourth Directive 78/660 / EEC is amended, the Commission will propose that the criteria for defining SMEs currently in force be replaced by a reference to the definition contained in this recommendation.
5. Any provision adopted by the Commission which mentions the terms “SME”, “medium-sized enterprise”, “small enterprise” or “micro-enterprise” or any other similar term will refer to the definition contained in this recommendation.