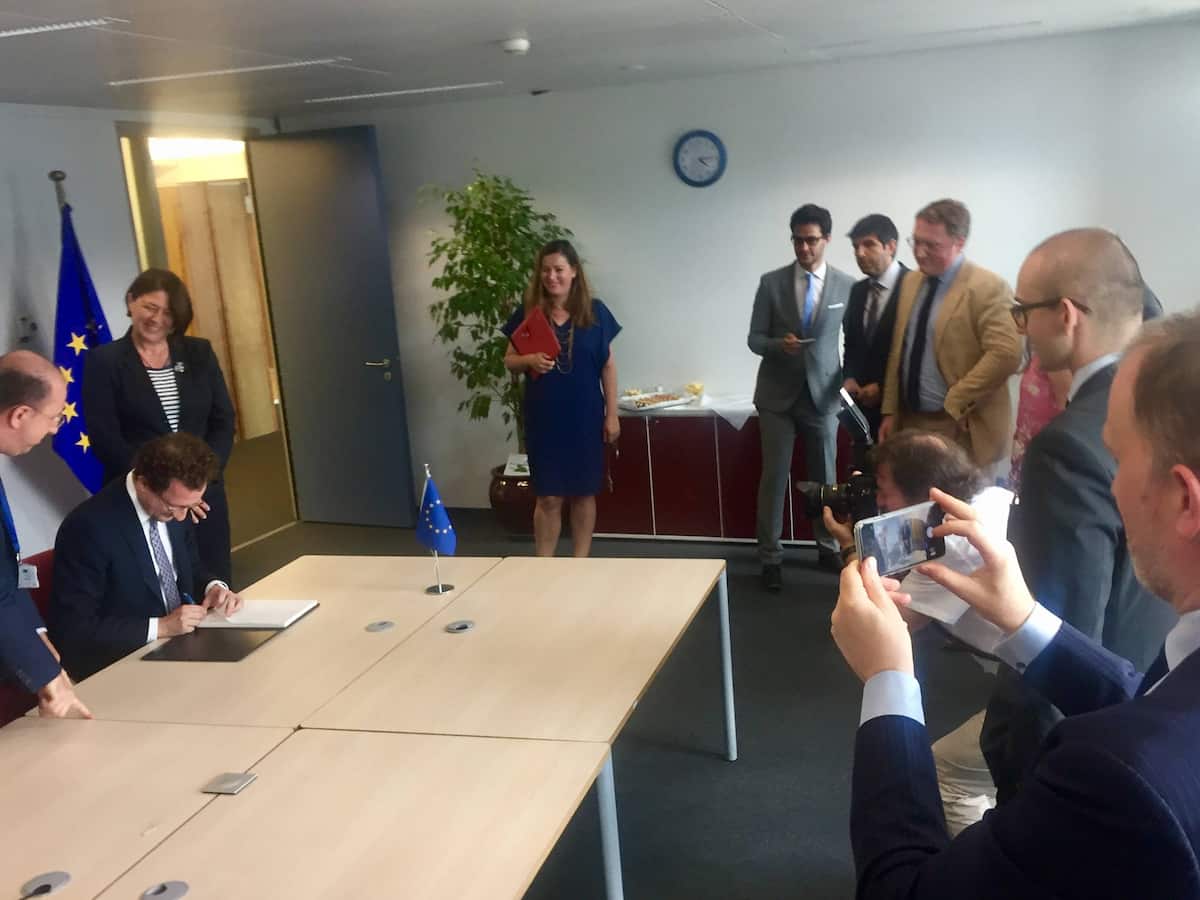 I – Text of the treaty

DETERMINED to establish the foundations of an ever closer union between the peoples of Europe,

RESOLVED to ensure by common action the economic and social progress of their countries by eliminating the barriers which divide Europe,

ASSIGNING as the essential goal of their efforts the constant improvement of the living and employment conditions of their peoples,

RECOGNIZING that the removal of existing obstacles calls for concerted action to ensure stability in expansion, balance in trade and fairness in competition,

ANXIOUS to strengthen the unity of their economies and ensure their harmonious development by reducing the gap between the different regions and the backwardness of the less favored,

DESIROUS of contributing, through a common commercial policy, to the gradual abolition of restrictions on international trade,

INTENDING to confirm the solidarity which binds Europe and the overseas countries, and desiring to ensure the development of their prosperity, in accordance with the principles of the United Nations Charter,

RESOLVED to strengthen, by constituting this set of resources, the safeguards of peace and freedom, and calling on the other peoples of Europe who share their ideals to join in their effort,

HAVE DECIDED to create a EUROPEAN COMMUNITY and to this end have appointed as their plenipotentiaries:

HIS MAJESTY THE KING OF THE BELGIANS:

Baron J. Ch. SNOY ET D’OPPUERS, Secretary General of the Ministry of Economic Affairs, Chairman of the Belgian delegation to the Intergovernmental Conference,

THE PRESIDENT OF THE FEDERAL REPUBLIC OF GERMANY:

THE PRESIDENT OF THE FRENCH REPUBLIC:

THE PRESIDENT OF THE ITALIAN REPUBLIC:

Mr. Antonio SEGNI, President of the Council of Ministers,

HER ROYAL HIGHNESS THE GRAND DUCHESS OF LUXEMBOURG:

Mr. Lambert SCHAUS, Ambassador, Chairman of the Luxembourg delegation to the Intergovernmental Conference,

HER MAJESTY THE QUEEN OF THE NETHERLANDS:

Mr J. LINTHORST HOMAN, Chairman of the Dutch delegation to the Intergovernmental Conference,

WHO, having communicated their full powers, found in good and due form, have agreed upon the following provisions.