University Of Cambridge Acceptance Rate- Everything You Need To Know

These two prestigious universities share many characteristics and even a bit of history. US News, a known rankings publication, ranked Cambridge University 9th in their list of Best Global Universities. These can be seen as factors for the somewhat low University of Cambridge acceptance rate.

One of the most common questions the University receives from applicants is their chances of being accepted into one of its colleges. Here we will discuss the University of Cambridge acceptance rate, as well as some of the demographics of the applicants admitted into the college to help you weigh your chances as a prospective applicant. Keep in mind though that there will naturally be some variation in the acceptance rate between the courses and colleges.

Firstly, however, we will be going over a bit of the history of the University’s storied halls and the colleges and some of the undergraduate degrees offered so we can better establish some context for the University of Cambridge acceptance rate.

The University Of Cambridge

A bit of context is necessary to understand why the University of Cambridge acceptance rate is what it is, so let’s briefly go over the history of the university as well as the different colleges and degrees offered.

Like previously mentioned, the University of Cambridge is a very old academic institution with its roots in the Medieval era. Even before the establishment of the university itself, the scholarly reputation of the Cambridge area was already well established, because of the scholarly and ecclesiastical activities of monks from the church of Ely.

Their connection with Oxford goes deeper than just being old prestigious institutions. This is because the University of Cambridge was established by scholars from Oxford University that left that particular institution for fear of their safety. This fear stemmed from an incident where some scholars were hanged for the death of a local woman.

These former Oxford scholars formed the group that would establish Cambridge university. It was founded in 1209, but it received its Royal charter several years later in 1231. This charter granted the institution some rights and exemptions from taxes as recognition from the crown.

Since its establishment, several colleges have been established within its system, the first of these being Peterhouse, founded in 1284. Many more colleges were founded in the time between the 14th and 15th centuries. The most recently founded college at the university is Homerton college, which has been around for many centuries now but only received full college status in 2010.

The University has also gained many landmark achievements over its centuries of operation. For example, it is one of only two universities in the United Kingdom to have representation in parliament with two seats granted in 1603 by the Royal Charter. These seats were returned to parliament in 1950 after the Representation of the People Act was passed.

The University of Cambridge does not have a “main campus” but instead its facilities and colleges are scattered throughout the city of Cambridge. The main buildings and older colleges, however, can be located near the city center and along the River Cam. The city is encapsulated by the University, with 20% of its population made up of its students. Its long history means that the buildings themselves are like a tapestry of English architecture over the centuries.

Although the prestige of the Cambridge name extends to all of its 31 constituent colleges, they do have a reasonable level of autonomy from the central administration having their internal structures and goals. All students are members of one of the colleges.

Aside from its colleges the University also gains much acclaim from the Cambridge University Press, which is one of the oldest and largest of such presses in the world. As such, this means millions of students across the globe take tests through the Cambridge assessment. Beyond the bounds of the University campus, Cambridge also operates a total of eight cultural and scientific museums and over one hundred libraries.

The University of Cambridge offers a total of 30 undergraduate courses that cover more than 65 different subject areas, ranging from the Arts to Humanities, to the Sciences. One characteristic of courses at Cambridge that make it distinct from others is the way it is structured.

In the initial years of instruction, the subject area is covered very broadly but in the later years of the course a wide range of specialist options open up to students. This offers a chance for students who are unsure of what they wish to specialize in to get a general overview of their options. If you have already decided, you may start to specialize early on.

The University of Cambridge acceptance rate that a prospective applicant can expect should be different per college and degree program because the demand for certain courses may be higher than others and is subject to variance year by year.

An interesting thing to note however is the system that the university puts in place for admissions makes it so that the chances of success of an individual applicant through their pool system is quite high. This is because students can receive offers from Colleges other than the one they applied to, or are allocated through the open application system that is in place, lessening the effect that application numbers have on the university of Cambridge acceptance rate year by year. 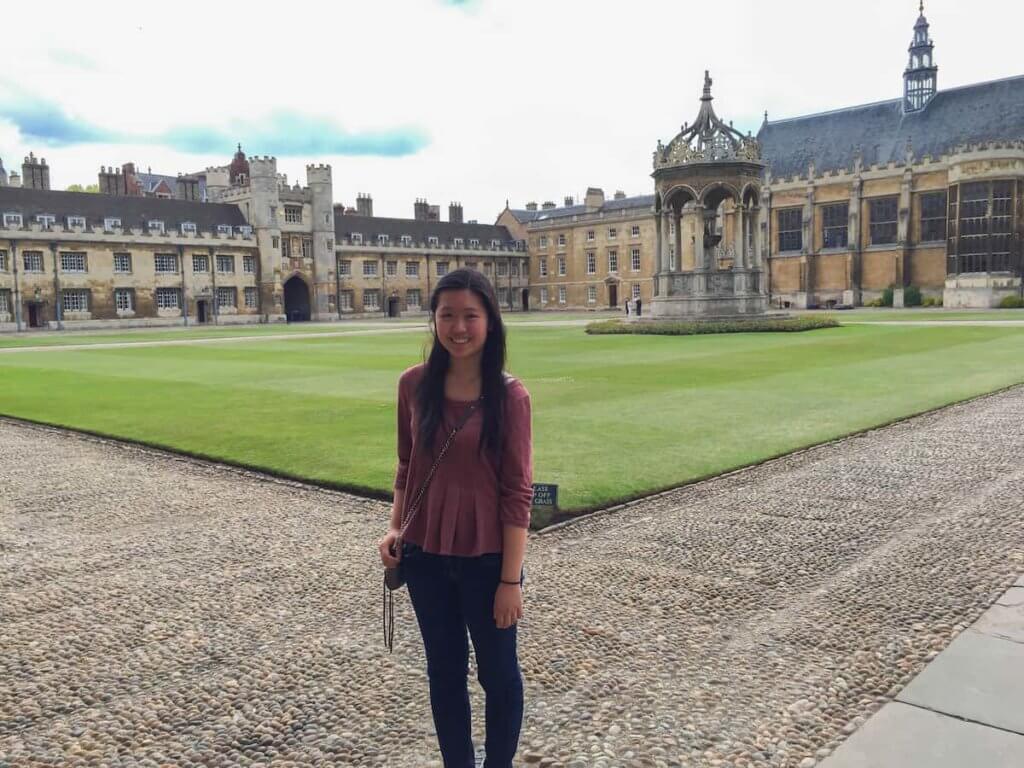 The University of Cambridge has received approximately 21,650 applications for the 2021 academic year. That is quite a lot and the university obviously cannot hope to accommodate all or even half that number of applicants, so naturally, the university ends up picking only the ones with the highest qualifications.

Hopeful applicants can improve their chances of being accepted by focusing on their academic interests during their application as schools like Cambridge value specialization and strong academic interest.

When applying to the University of Cambridge certain requirements need to be met first. The ones that will be discussed here are the requirements for applying to an undergraduate degree program.

If the applicant is a citizen of the United Kingdom then they will need to have at least three AS and or A-Level grades during their Year 12 and 13. This is especially important in their major subjects. It is also important to have generally high grades, especially in the subjects you hope to specialize in. Having re-tests on your record is also acceptable but only to a certain extent. The university expresses concern over several re-tests on a student’s record as the colleges at Cambridge rarely allow for re-tests.

For foreign students, there are no specific application requirements, and their applications will be decided upon on a case-by-case basis by the university. However, if the applicant is from the United States the university recommends that they take at least five AP exams throughout their time in high school and score high in their SAT and ACTs to be competitive when it comes time to apply. The recommended cumulative scores in their standardized tests are 1460-1500 on the SAT and 32-36 on the ACT.

A personal statement is often one of the most important parts of an application to university. It’s usually the first thing that a selection panel will read about you, so it needs to make a good impression. But sometimes even the best-intentioned students can find it hard to get started, or they need help with some aspects of their writing. You might be wondering how to start your personal statement, or whether it’s too late in the process to ask for professional help.

That’s where university personal statement writing services come in handy. They’ll take all the stress out of putting this vital part of your application together and ensure that you get admitted into your chosen course – or into any other course that takes your fancy!

It might also be interesting to look at some of the demographics of the students being admitted to the university to see how people from different backgrounds stack up against each other when trying to gain admission. In this section, we will specifically have a little look at the University of Cambridge acceptance rate for International students.

There are many reasons that foreign students may wish to pursue their higher education at Cambridge. Not least of these being quality of instruction and the gravitas that comes with the name. Cambridge is also one of the safest places for a foreign student to study in Britain, coupled with the variety of courses and opportunities that open up truly makes Cambridge a top choice.

Currently, the University of Cambridge acceptance rate for international students sits at about 34.6%. The university states that since its creation in 1209, it has had more than a quarter of its undergraduates come from outside of the borders of the United Kingdom. So prospective foreign students can expect to have a fair chance of getting in compared to UK citizens.

There is a large diversity of backgrounds when it comes to famous Cambridge graduates. Just some of these include notable academics and scientists like John Milton, Charles Darwin, Bertrand Russel, Rosalind Franklin, and Stephen Hawking.

There have been notable writers and novelists like Sylvia Plath, A. A. Milne, Vladimir Nabokov, and actors like Naomi Harris, Rachel Weisz, and Ian McKellen that had educated themselves at this fine establishment. Among the ranks of the University of Cambridge notable alumni, there has been a total of 121 Nobel laureates, 7 Turing Award winners, 11 Fields Medalists, 14 British Prime Ministers, and 47 heads of state all across the world. 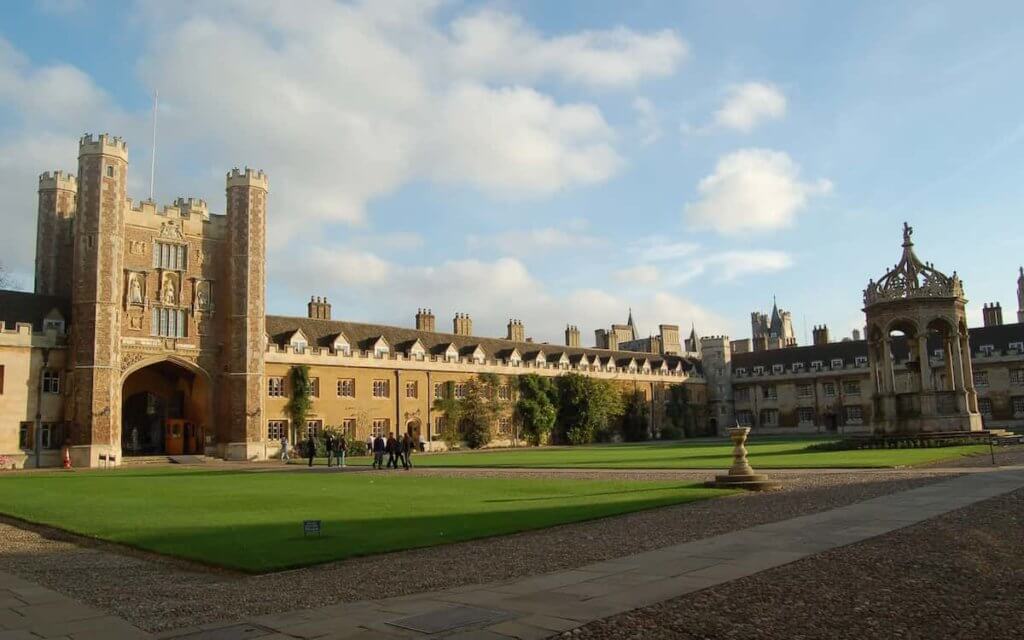 Another important topic of discussion is the University of Cambridge tuition as not all applicants come from particularly affluent backgrounds hence it is vital to discuss this. As we have mentioned previously, the University of Cambridge has some of the most significant academic resources of any educational institution in the world making the university rather expensive to attend. Keep in mind though that the tuition fees vary per course.

For students coming from within the United Kingdom, the tuition fee per year, starting this 2021, is £9,250 per year. Since Cambridge is a public institution its tuition fees for citizens are dictated by the UK government and at times can change depending on policy changes. The same is not the case with foreign students.

Foreign students however have to pay more for the privilege of attending Cambridge University and these also vary per degree program. This can range from £22,227 for studying Economics, all the way up to £58,038 for studying Medical and Veterinary Science.

In addition to the University of Cambridge tuition fees, international students, as well as UK citizens taking up their second degree at Cambridge will have to pay a fee to the specific college that they are attending at the university. For example, the annual fee for studying at King’s College is £10,470. There is an administration fee that needs to be paid by both local and international students and during your last year of education, you might even have to pay the graduation fee.