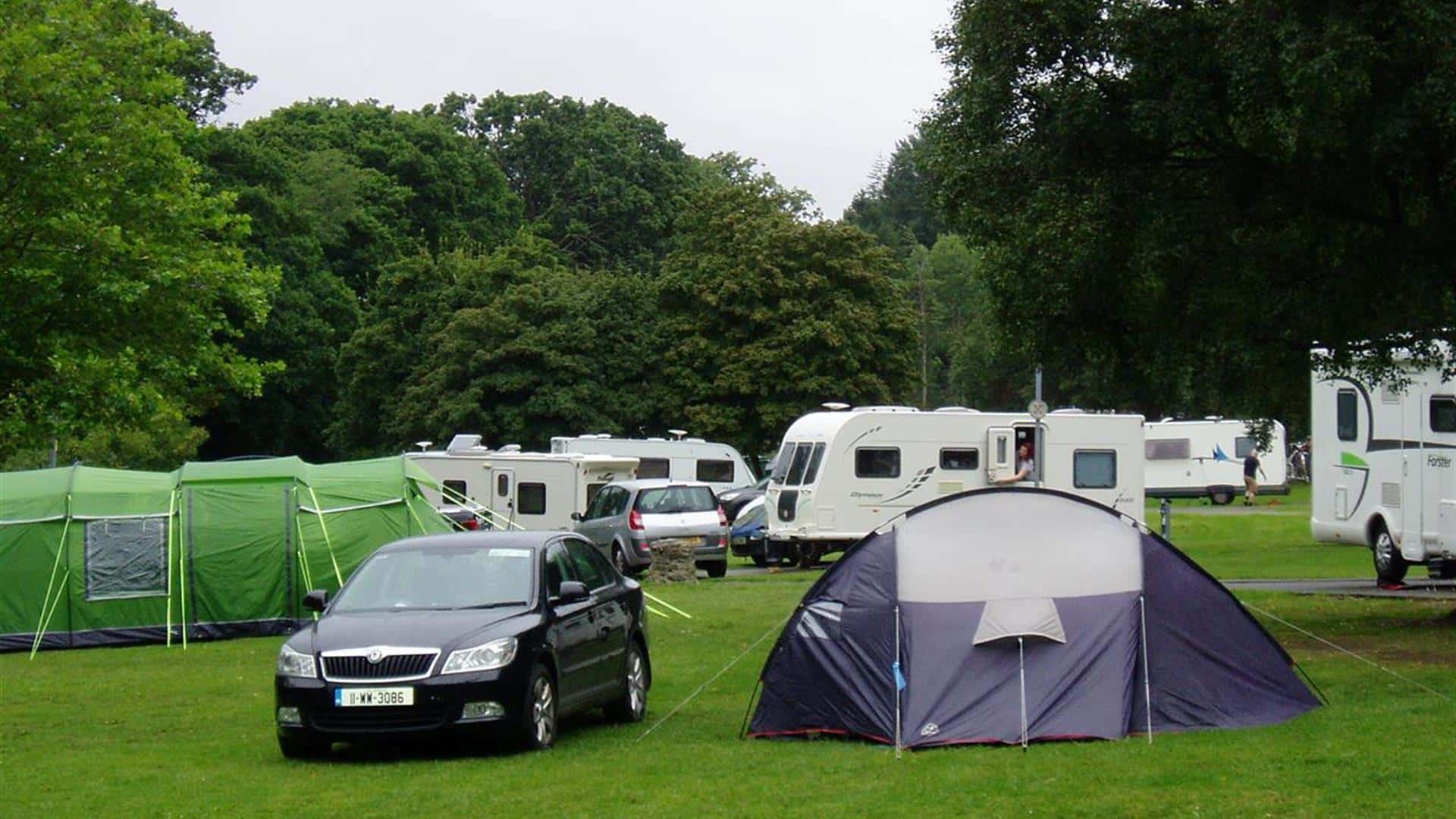 CAMPING AND PARKING OF CARAVANS

(Law n ° 83-8 of January 7, 1983 art. 68 VI Official Journal of January 9, 1983)
(Law n ° 83-663 of July 22, 1983 art. 105 Official Journal of July 23, 1983)
(Law nº 92-3 of January 3, 1992 art. 38 IV Official Journal of January 4, 1992)
(Law nº 2000-1208 of December 13, 2000 art. 202 XXXVII, art. 209 Official Journal of December 14, 2000)
Authorizations and acts relating to the development of camping grounds, intended for the reception of tents, caravans, mobile leisure residences and light leisure accommodation, and the parking of caravans and mobile leisure residences, are issued in the forms and conditions determined by decree of the Council of State:
a) In the municipalities where a local urban plan or a municipal map has been approved, in the name of the municipality or of the public establishment of inter-municipal cooperation or of the State, according to the cases and modalities provided for in Articles L. 421-2-1 to L. 421-2-8; the provisions of Article L. 421-9 are then applicable;
b) In other municipalities, on behalf of the State.
If these sites are served by a public sewerage network, the provisions of article L. 421-5 of this code are applicable to their delivery.
A decree in the Council of State defines the mobile leisure residence, the light leisure accommodation and the caravan, as well as the conditions under which they can be installed or established. The planning permission takes the place of a building permit, where applicable.

(Law nº 93-24 of January 8, 1993 art. 7 Official Journal of January 9, 1993)
(Law n ° 95-101 of February 2, 1995, art. 22 Official Journal of February 3, 1995)
In areas subject to a foreseeable natural or technological risk, defined by the prefect of the department, the competent authority to issue authorizations for the development of campsites and fixed caravan parking, after consultation with the owner and the operator and after a reasoned opinion from the Prefect, the information, warning and evacuation requirements to ensure the safety of the occupants of these sites and the time limit within which they must be carried out.
At the end of the allotted time, if the authority competent to issue the planning permission finds that these prescriptions are not respected, it can order the closure of the site and the evacuation of the occupants until the prescriptions have been fulfilled.
In the event of failure of the competent authority, the prefect of the department can replace it after formal notice has remained ineffective.
If one of the zones referred to in this article is covered by a plan for the prevention of foreseeable natural risks established in application of law n ° 87-565 of 22 July 1987 relating to the organization of civil security and the protection of forest fire prevention and the prevention of major risks, the prescriptions laid down in application of this article must be compatible with those defined by this plan.
A decree in Council of State fixes the modalities of application of this article.

In constructible areas, built or undeveloped land can be developed to allow the installation of caravans constituting the permanent habitat of their users. The development authorization is issued in the forms, conditions and deadlines defined by the Council of State decree mentioned in article L. 443-1.