The Yale law school, also known as Yale Law, is a private educational institute associated with Yale University. It was founded in 1824, and currently, it is located in New Haven, Connecticut, United States. K. Gerken is the present Dean of Yale Law School.

It is the dream school for any law student because it is one of the United states’ top-ranking law schools, as per the U.S News and World Report magazine. The admission process is very selective and challenging because the Yale Law school acceptance rate is 6.9% which is very low.

The Law school has a faculty of only 149 members, but they are highly qualified, due to which the bar passing rate and Yield rate of Yale’s students are the highest, that is 99% and 85%, respectively.

Although the Yale Law school acceptance rate is low compared to any other law college, this school is known to produce many famous personalities, for example, United States president Bill Clinton and Gerald Ford. Some Supreme Court Justices also graduated from the Yale Law School, such as Sonia Sotomayor, Samuel Alito, Abe Fortas, etc. The United States and many well-known international people also received their education from the prestigious Yale Law school. These included the former president of Germany, Karl Carston, and the Republic of the Philippines, Jose P. Laurel.

If you are looking forward to studying in number one Law School of America, grab a coffee and keep reading this article because we have tried to collect all the necessary information required before applying for your dream college.

How Hard Is It To Get Into Yale Law School? 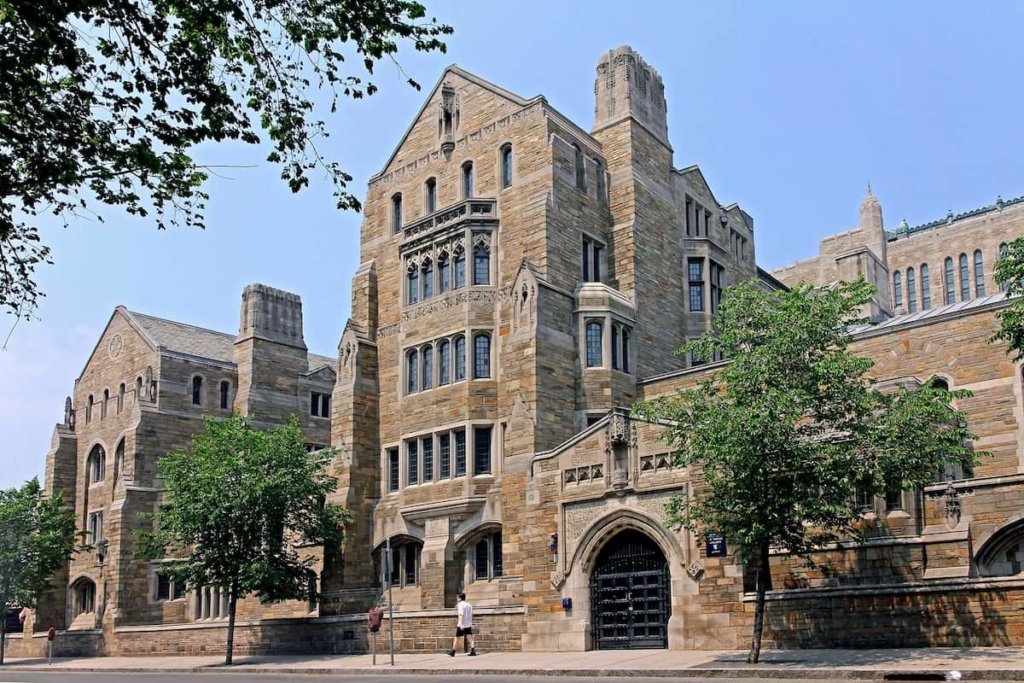 The aspiring Lawyers need to undergo a series of steps before applying for admission to any Law school in America. No doubt, how Hard is it to get into Law School in a high-ranking college because they are very demanding and particular while choosing the right addition for their institution.

The Yale Law school acceptance rate and any other top-ranking law college are low because they need a competitive applicant. Before applying for admission to law school, a student must be having a bachelor’s degree. There are no specific undergraduate fields of study for a pre-law student.

The other major step before applying for any law college is the Law school admission test. The LSAT is specifically designed to assess a specific skill set of an aspiring law student, such as his/her critical thinking, approach towards any complicated legal matter, reading comprehension, and rational thinking.

How To Get Into Yale Law School?

Since Yale law school is at the top of the United States Law school rankings list, it is hard to get admission. The number one position pretty much explains why Yale Law school acceptance rate is low. A student must have an average of 173 LSAT scores and a good GPA to get admission into this prestigious institute.

The admission faculty at Yale Law School also ponder over aspects other than exceptional academic credentials. They look for an applicant who has a clear understanding of why he/she wants to pursue law and what his contributions will be towards society in the future.

You need to work hard to stand out in a crowd of thousands of other applicants. There is tough competition, but don’t worry if you are passionate about pursuing this degree in your dream college, then you will make it through by the right set of guidelines. It is not all about high-scoring candidates getting admission to Yale Law school, so even if you are an average-scoring student, you can still get admission into this law school. The students who have low scores are admitted because they have other exceptional extracurricular activities that make their application attractive.

There are several degrees offered at Yale Law school, such as Juris Doctor degree, some graduate degrees, and various joint degree programs. The Yale Law School acceptance rate is almost the same in all the programs offered. Some of the programs are explained below:

The school also allows a limited number of researchers and visiting students to attend the Yale law school for a semester or one year. The Yale Law school acceptance rate is also minimal for such researchers and students. 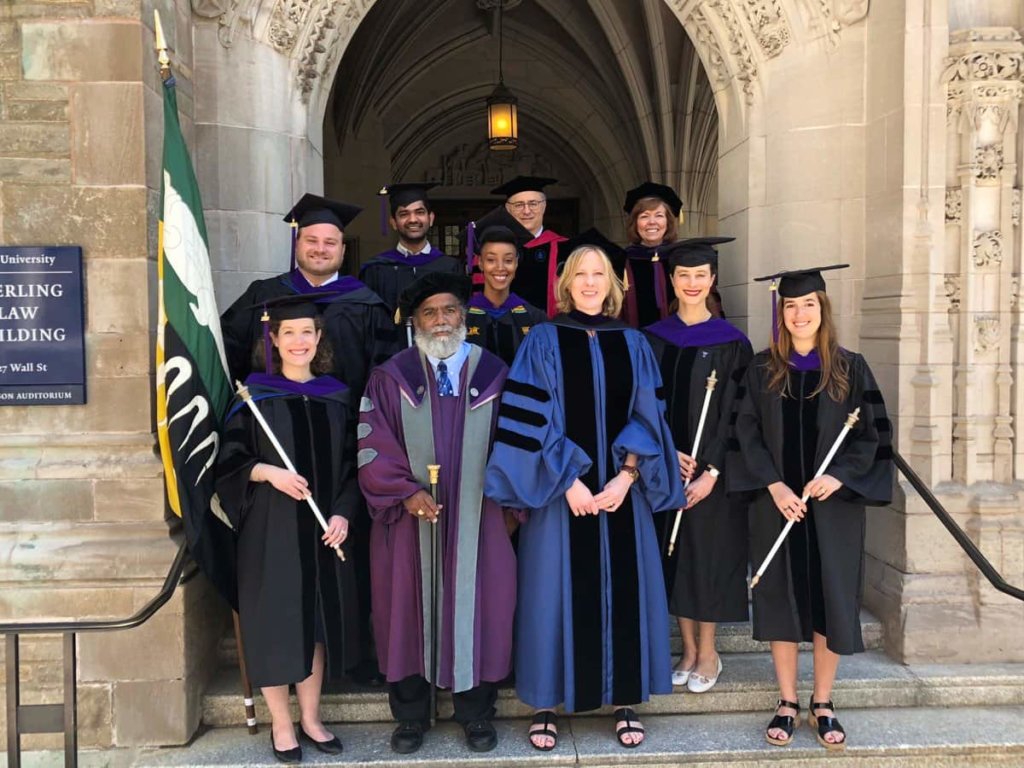 The new school acceptance rate for the year 2021 came out to be just 6.9%. It is clear from the Yale law acceptance rate that it is the most demanding law school to get admission into for any law aspirant. It is seen that only 1 of 15 applicants gets the chance to be admitted to the law school as a full-time student.

The admission process is strict and purely based on merit. Every year thousands apply to get admission to Yale law school, but only a few lucky ones receive the admittance letter. The Yale law school acceptance rate is low every year because they look for extraordinary academics and have critical thinking abilities.

The required average GPA for Yale law school is 3.92, and a median LSAT score of 173.

The other step of the application is that the student is required to write a personal statement and a 250-word essay. It is a golden opportunity for average scoring candidates to show their inner potential and bring insight into how good they can be for the Yale law school and society. The admission faculty critically reads this part of the application to get to know more about the applicant. If you feel that you won’t represent yourself appropriately in this short form then you can take help from a reputable custom essay writing service.

The student is allowed to add an addendum and diversity statement to their application. This part is entirely optional, so many students choose not to write anything, especially if they have covered the core aspects of their background in other parts of the application.

The next step is the letter of recommendation from the professors whom you have studied previously. You are required to submit a minimum of two recommendation letters to make your application stronger. This letter explains your academic behavior and overall performance in your previous study years.

If you are blessed enough to get the admission offer, you will have to submit a Dean’s Certification to complete the process of admission. This long phase of admission explains why the Yale Law school acceptance rate is low.

The applicants enrolled as full-time students in NYLS have a median LSAT score of 153 and a median undergraduate GPA of 3.36. According to the Yale admissions statistics of 2020, the students granted admission into New York Law school with a 25th-27th percentile had a GPA between 3.13-3.58 and LSAT score between 150-155.

The Yale Law school acceptance rate is 6.9% compared to 52.4% of New York Law School because the NYLS ranks at 119 in the table of the best law schools in the United States.

Personal statements are a mandatory part of your Yale law school admission process. They can determine your future institution. By reading this part of the student’s application, the faculty of any law school can judge the candidate’s potential.

The internet contains many law school personal statement examples Yale and other top-ranking schools take as an opportunity to reflect upon the thinking and personality of the applicant. You should go through at least once from the personal statements of successful candidates so that you can have a clear understanding of the dos and don’ts of the critical part of the application process.

The updated Yale admissions statistics of the class of 2023 is as follows:

Considering the Yale law school acceptance rate, it is better to apply as early as possible to get admission in your early decision law school. 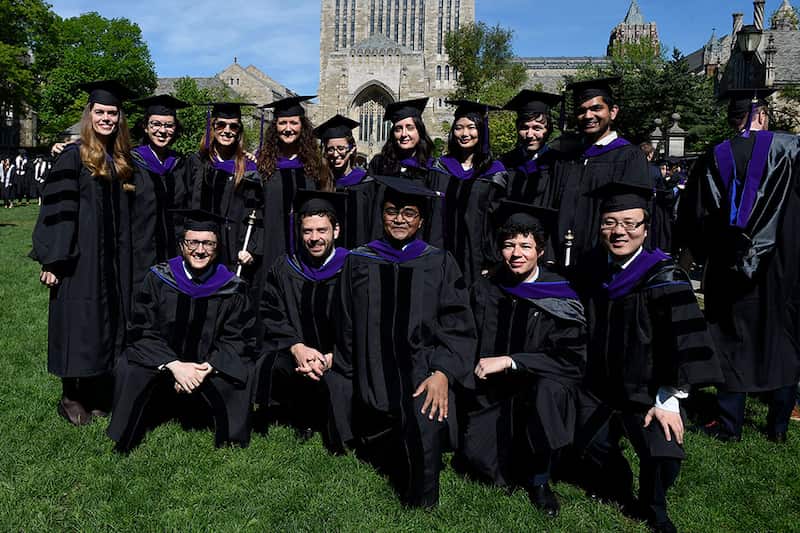 Yale Law School Tuition Fees for undergraduates are 59,920 USD. But with the increase in time, the fees have also increased. If we talk about the years 2021 and 2022, its tuition fee has reached 67,108 USD. Not just the tuition fee, there are other basic budgets that you need to take into consideration. Those include YLS University Administrative and Activities fees: $2,325; books budget is $1,100, whereas the Board, room, and personal expenses get to $20 740. And the last basic budget includes the University Hospitalization coverage and which costs around $2,548*.

One of the good things about Yale Law School is that it follows personal financial aid. They believe that traditional financial aid forms and applications state half or maybe lesser of their students’ stories.

Hence, they encourage their students to get in touch with a financial aid staff member and talk through any financial circumstances that are not reflected on their application. They also encourage the students to share if any economic challenges or changes have occurred throughout their enrollment.

The school management can do this because of the small size of the class. It can individually work with students and provide personal one-on-one counseling to all those who requested it.

Yale Divinity School Acceptance Rate is very high. Of all the applicants, more than 50% are accepted. And its graduate school application is also simple and pretty straightforward to fill.

In comparison to this, Yale Law School acceptance rate is low. It is somewhere around 6.9%, that’s very low, right?

Schools are generally ranked based on their performances across a set of broadly accepted indicators of excellence. And this business school is ranked no. 9 on the Best Business School list. The Yale Business School Acceptance Rate is 30%, which means that around 30% of all the applicants are selected. And this information is for the year 2022. But for the year 2021, it was at 25. So, there is an increase in the acceptance rate for the next year by 5%, which is good.

Do not be disheartened by the facts and figures about Yale Law School Acceptance Rate because they only encourage you to work more hard. Work consistently and make every minute count, and one day you will become the Alumni of Yale Law School.